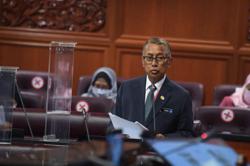 SEREMBAN: A 49-year-old company director has been fined RM70,000 after he pleaded guilty at the Sessions Court here to a charge of offering a bribe to an investigating officer from the Domestic Trade and Consumer Affairs Ministry.

Wong Yeng Fart, who is also a manager at Syarikat Viss Motor Parts Sdn Bhd, was charged with offering a RM100,000 bribe to Mohd Tarmezi Jusoh @ Tajuddin who was assigned to investigate a case involving the company.

Judge Madihah Harullah ordered the accused to serve 12 months in jail if he is not able to pay the fine.

Wong was initially charged under Section 17(b) of the Malaysian Anti-Corruption Commission Act 2009 but pleaded guilty to an alternative charge under Section 214 of the Penal Code.

According to the facts of the case, officers from the ministry had during an operation at the company premises on Jan 20, 2020, found some 4,528 motorcycle parts and accessories which were believed to have fraudulently used a registered trademark.

On Jan 31, the accused allegedly offered Mohd Tarmezi the bribe to ensure none of the company owners was charged for the alleged offence.

However, the accused was arrested on Feb 4 when he was handing over the cash to Mohd Tarmezi at a restaurant here.