PETALING JAYA: The decision to extend the freeze on the hiring of foreign workers will have a big impact on businesses that have started to open up, say industry stakeholders.

They are urging the government to relook at the matter.

“I wish the government can provide solutions as our economy needs to recover quickly.

“Everywhere there is a shortage of workforce. But we have not seen any action by the government to resolve this issue,” he said.

Kang said he will bring up the workforce issue as well as the issue of low wages at the National Employment Council meeting.

Real Estate and Housing Developers’ Association Malaysia president Datuk Soam Heng Choon urged the government to relook the plight of the industry to resolve this issue.

“The industry needs workers, so the government has to look at it in a totally wholesome manner,” he said, adding that the extended freeze would lead to an increase in the cost of doing business and would also promote the use of illegal workers in the country.

Soam added that since sectors such as construction and plantation are the industries that Malaysians have been shying away from, the issue of “taking jobs away” from the locals does not arise.

“I think we need to look at the sector and areas of concern. Construction is really a 3D job that Malaysians don’t want to be involved in,” he said, referring to dirty, dangerous and difficult.

“Malaysians might be involved in the management side but it is the general labour that the locals don’t want.”

On Sunday, Human Resources Minister Datuk Seri M. Saravanan announced that the freeze on foreign workers, including domestic helpers, will be extended until Dec 31.

Meanwhile, Malaysian Maid Employers Association president Engku Ahmad Fauzi Engku Muhsein said it is better for the government to have a standard operating procedure (SOP) in place to allow fully vaccinated foreign workers and domestic helpers to come in.

“It is just a matter of SOP. Covid-19 is probably going to be around forever, so might as well have a set SOP that would facilitate this.

“We do hope that by January, they will have an SOP on the matter. It is not about which month to let them in but maybe they can just make sure they are fully vaccinated because Covid-19 does not care which country you are from,” he said.

The Association of Employment Agencies Malaysia(Papa) meanwhile said it hopes domestic helpers would be allowed to come as soon as possible to resolve issues such as aged parents who are sent to nursing homes due to the non-availability of domestic helpers.

“Also as work from home arrangements are gradually being put to an end, families are in urgent need of domestic helpers to take care of their young children,” Papa president Datuk Foo Yong Hooi and vice-president Suresh Tan said in a statement.

“Papa supports the SOP imposed on foreigners implemented by the Health Ministry as stringent procedures will protect our people.

“We also urge the government to allow back those foreign workers and domestic helpers who went back to their country of origin during this Covid-19 period by abiding by the SOP imposed by the National Security Council,” they said. 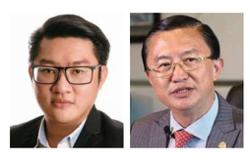