IPOH: A police inspector from the Kerian district police has won hearts and earned praises from Malaysians over his act of giving out some money to a scrap collector.

The act was recorded in a 33-second video clip that was posted by the Royal Malaysia Police on its Facebook page.

Social media users were touched and lauded investigating officer Insp G. Saravanan for his sincerity in helping the collector, with many wishing him well.

Facebook user Yogen Madhavan said it was exemplary of Insp Saravanan and everyone, regardless of race and creed, should learn from him.

"There's no loss in sharing with the needy. My salute to you Tuan Saravanan.

"Hope more will also donate to the needy. This attitude needs to be in all Malaysians," he said.

In the captions within the video, it explained that Insp Saravanan had asked Sjn Asrul Shafawi Jamaluddin, who was driving during their patrol, to stop the car.

The recording then showed Insp Saravanan alighting from the car and approaching the scrap collector, who was on a tricycle.

Sjn Asrul thought the scrap collector had committed some sort of offence, before seeing Insp Saravanan hand some money to the man.

Another user Muhammad Shahzrul Naim congratulated both Insp Saravanan and Sjn Asrul Shafawi and hoped they would both continue to do good.

"May this goodness and sincerity continue, let goodness take over until there is no room to do evil," he said. 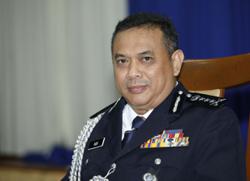 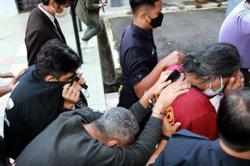