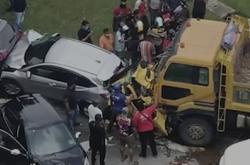 KUALA LUMPUR: The driver of the lorry which ploughed into five other vehicles at Jalan Ipoh has been remanded.

"The 25-year-old man has been remanded to help with investigations under Section 44(1A) of the Road Transport Act," he said.

It was reported that a driver escaped with only light injuries to his face despite his car being crushed in the accident caused by a runaway lorry.

The accident occurred at around 2.40pm on Monday (Sept 6) at the traffic light intersection along Jalan Ipoh.

Investigations revealed the lorry was headed towards Sentul from Jalan Duta when the driver lost control of the vehicle and rammed into the back of five cars.

The lorry driver was detained and initial tests showed he was not under the influence of alcohol.

He was then taken to the Dang Wangi police headquarters for a urine test and found positive for methamphetamines and amphetamines.

One video shows the car, reduced to an unrecognisable wreck, pinned between the lorry and an SUV. 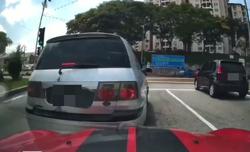 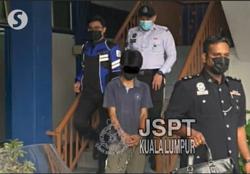