Khairy: High number of Covid-19 deaths at highly vaccinated areas due to backlog of reports

KOTA KINABALU: The large number of Covid-19 deaths in highly vaccinated areas like the Klang Valley and Sarawak are due to a backlog in death reports, says Health Minister Khairy Jamaluddin (pic).

However, the number can be expected to go down in the next two or three weeks, he told a press conference after the Sabah state-level Covid-19 Immunisation Task Force (CITF) meeting here on Monday (Sept 6).

He had been asked why high numbers of deaths are registered in the Klang Valley and Sarawak despite high vaccination rates in these areas.

“There will be more information when I reveal the new data on Wednesday. I have the actual deaths by date. The deaths announced daily did not occur within the last 24 hours. There is a delay as we need to confirm if the deaths are really caused by Covid-19.

“For the Klang Valley, we will hopefully start seeing a reduction in the death rate in the next two or three weeks once we clear the reporting backlog,” he said.

He also pointed out that brought-in-dead (BID) cases are mostly not due to under-monitoring by the Health Ministry or a medical facility.

“I have asked, in Sabah for example, for community leaders and neighbours to be engaged to monitor those who may have symptoms but have not undergone Covid-19 testing.

“Most BID cases are not under our (the ministry’s) care and did not do testing, but suddenly had an onset of severe Covid-19 (and it) may be too late then. In Sabah, there’s also a challenge as some BID cases are non-citizens who were unwilling to come forward to get help,” he added.

Asked about the situation with variants of concern (VOC), he said the majority of VOC cases in Malaysia are from the Delta variant, and genomic surveillance is being carried out to monitor this.

“If we are not mistaken, the Philippines have the Lambda variant, so we are worried since Malaysia and the Philippines’ borders are quite porous. We do not want this variant to reach here, that is why it is important to continue genomic surveillance,” he added.

On whether or not the government will introduce immunisation for adolescents in states where 80% herd immunity of the adult population vaccination has been attained, which has been planned for Sabah and Sarawak, he said it would be recommended when the vaccine supply is sufficient. 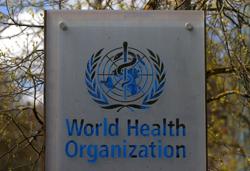