YAN (Bernama): The Department of Mineral and Geoscience Malaysia has detected six more small-scale landslides on the slopes of Gunung Jerai, seven days after debris flow flooded nearby areas surrounding the mountain.

The department’s Geological Engineering branch chief Dr Ferdaus Ahmad said the landslides were identified based on field research conducted by the department this morning, adding that the landslides’ widths vary between three and four metres.

"We found that the landslide is occurring because of the incident last week, the soil at that time was still not saturated, but it has been raining these past several days, including yesterday, and this has saturated the soil and as a result, some landslides occurred,” he said.

He said this to reporters after inspecting the landslides that occurred around Gunung Jerai. Also present was state Works, Water Supply and Resources, and Energy Committee chairman Datuk Suraya Yaacob.

Ferdaus cautioned those who were using roads in Gunung Jerai to be careful, and to be alert in ensuring their safety.

"If it rains heavily, there is a possibility that landslides and other impacts will occur,” he said, adding that the department has categorised the area where four large-scale landslides, with widths of more than 10m, as a danger zone.

Ferdaus said the department would need to conduct research and investigate before it can identify the distance and extent of the entire zone.

He said a landslide area is categorised as a danger zone when there are signs that another landslide might occur, such as cracks or unstable rocks around the area that could pose potential threats.

Ferdaus said, however, a danger zone would not be permanent and was just temporary while waiting for slope repair and mitigation work to be done. - Bernama

On alert and ready to respond 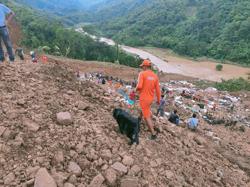 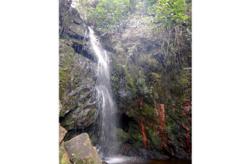