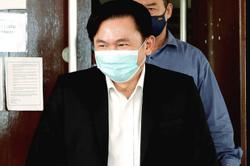 IPOH: The timings on the closed-circuit television (CCTV) at a residential area guard post, as well at a fast food restaurant were not set according to real time, a High Court here heard on Tuesday (Aug 17).

Insp Rashidi, from the Perak state police contingent headquarter’s Criminal Investigation Department, said when he went to view the footage at both locations in Meru Raya, near here, the timings were not the same as stated on his watch and mobile phone, which had been set accordingly.

“I know this because I compared the time on my watch, and that on my phone, with the time shown on the CCTV.

“The time on my watch and phone are set according to real time,” he said when identifying the timings on footage of the relevant vehicles involving the suspect, while being questioned by Deputy Public Prosecutor Mohd Fitri Sadarudin.

Lead counsel Datuk Rajpal Singh questioned Insp Rashidi if he had crossed checked the official time with Radio Television Malaysia (RTM), to which the witness replied no.

Rajpal further asked Rashidi that therefore, he was not sure if the time shown on the CCTV at both the guardhouse or at the fast food chain were indeed correct or otherwise, to which the witness agreed.

Another lawyer Salim Bashir also questioned Rashidi on whether he had any knowledge about time-stamping, digital watermark or calibration certificate involving CCTV.

“Did you ask the supervisor at the guard-post or the manager at the fast food restaurant to show you the calibration certificates,” he asked.

Rashidi said he had no knowledge about the terms, and he never asked for the certificates to be produced.

Rashidi was also questioned on how he knew the purchase receipt at the fast food restaurant was via drive-through and whether the receipt had belonged to the driver of a particular vehicle, when no name or car registration number was listed on the receipt.

“You also agree that it took about 13 minutes for a particular vehicle to leave the housing area in Meru Raya to go to the fast food restaurant, and back to the house on July 7, 2019,” he said, to which the witness replied "Yes".

The offence was allegedly committed in a room on the top floor of his house in Meru Desa Park between 8.15pm and 9.15pm on July 7 of that year. 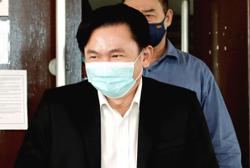