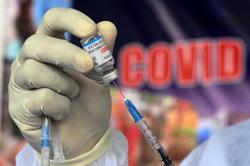 IPOH: Funeral workers here have called on the government to vaccinate them as soon as possible due to the nature of their work.

Perak Non-Muslim Funeral Industry Welfare Association chairman Ng Chuen Wai (pic) said their workers were at risk as they need to have physical contact with the bodies of the deceased, some of which could unwittingly have the SARS-CoV-2 on them.

“There are two situations. Some died at the hospital while some died at home.

“In the instance that someone had died at home or a nursing home, we will usually be there to handle the matter,” he told The Star.

“Our workers will need to move the deceased’s body, cleanse, put make-up on and clothe them before a funeral,” he said, adding that they deal with an average of 10 cases daily.

Ng said those who died at home would normally not be sent to the hospital for post-mortem.

“We call an ambulance over to certify that the person is no longer breathing.

“Those that involve post-mortem are usually police cases, including accidents or crime,” he said, adding that most of the cases they deal with involve senior citizens.

Ng said while they would check with the family on the deceased’s health background, the actual cause of death is usually not known.

“We do wear face masks and gloves, but not the full personal protective equipment,” he added.

Ng said his association had over 100 members, with a majority of them being those between their 20s and 30s.

“Most of them have not been vaccinated, while some older members have gotten theirs.

“We really hope the government can vaccinate us soon.”

Wong, who is also Perak MCA executive secretary, said the association was not a huge group and should be considered for vaccination as soon as possible as they are in a high-risk occupation.

“They are not frontliners, but their task is quite similar and they deal with dead bodies.

“In fact, if they are vaccinated, they can lower the risk of infecting others,” he said, adding that their services were always needed whenever people passed away.

“I will try to get the state health director to help out,” he said.