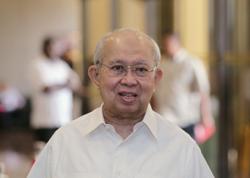 PETALING JAYA: Veteran Umno lawmaker Tan Sri Tengku Razaleigh Hamzah says representatives from Umno should at least inform Umno lawmakers privately that the decision to revoke the Emergency Ordinances had been decided by the Cabinet.

The Gua Musang MP said even some government lawmakers were not aware that the Emergency Ordinances had been revoked on July 21.

"I think this is an act that is ‘not smart’ and should not be done by the government," he said in a recording posted on Facebook Friday night (July 30).

"So, we will know what is happening in the government, that consists of those from Umno, with some who are also part of the Cabinet," said Tengku Razaleigh.

However, he claimed that not all government lawmakers were aware of the decision and were equally shocked by the decision to revoke the Emergency Ordinances.

On Thursday (July 29), Istana Negara released a strongly-worded statement saying that the Yang di-Pertuan Agong had expressed great disappointment with the government's decision to revoke six Emergency Ordinances without His Majesty's consent.