BUKIT MERTAJAM: Forty-nine people who were suspected of being part of a congregation outside a surau in Taman Pelangi here on Hari Raya Aidiladha have been remanded to facilitate investigations into the incident.

Forty-eight of them, Bangladeshis aged between 20 and 43 years old, were remanded for four days.

On Tuesday, the men allegedly performed Hari Raya Aidiladha prayers outside the surau after being barred from entering as the limit of people allowed inside the surau had been reached.

They then reportedly gathered to perform their prayers on the road in front of the surau, which is near the Taman Pelangi flats in Auto City, Juru. 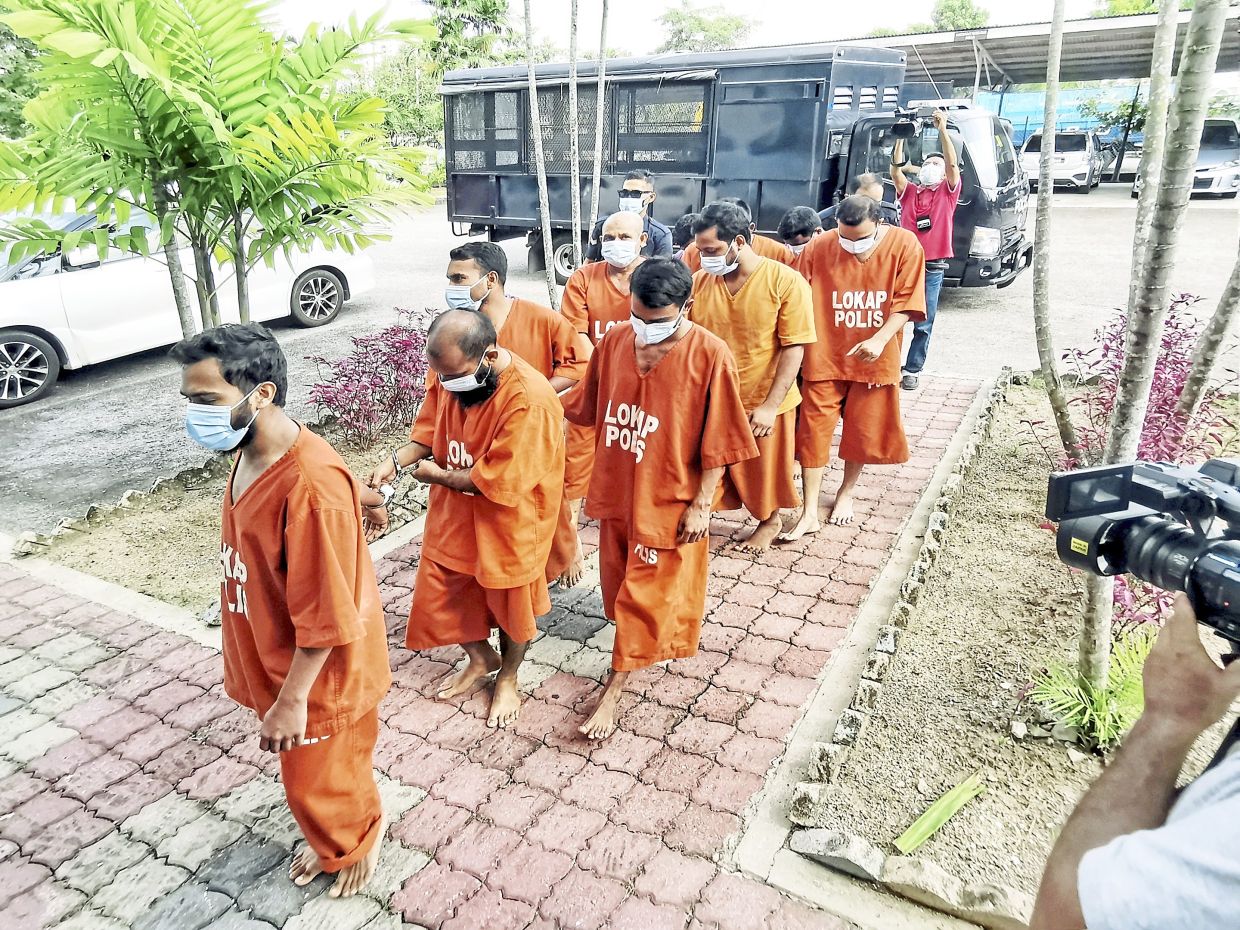 Under investigation: Residents of Taman Pelangi who allegedly participated in a mass congregation on Hari Raya Haji being led in to be remanded at Bukit Mertajam courthouse in Bukit Mertajam, Penang. — LO TERN CHERN/The Star

Penang police chief Comm Datuk Mohd Shuhaily Mohd Zain said there were about 200 people who congregated on the street from about 8.30am to 9am, adding that no action would be taken against the surau as it complied with the SOP.He reportedly said although the group had practised physical distancing, police were tracking them down to facilitate the investigation.

He had since apologised over the incident, saying a probe would also be initiated to check on the effectiveness of enforcement.

Comm Mohd Shuhaily said the neighbourhood comprises about 8,000 people living in 23 blocks of flats, of whom about 70% were foreigners working in nearby factories.The area is just 2.5km away from the Taman Nagasari neighbourhood, which was placed under a 14-day enhanced movement control order that ended on July 17.

Comm Mohd Shuhaily said those who wished to report SOP violations could contact the police directly at 04-222 1722.