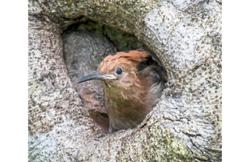 TAIPING (Bernama): Three chicks of a pair of hoopoes that went viral on social media recently after making their rare appearance at Taiping Lake Gardens here, finally left their nest.

Zoo Taiping and Night Safari director Dr Kevin Lazarus said the hoopoe "couple" now have six chicks after returning to lay eggs since early June in the hollow nest of a Jemerlang or Yellow Flame tree there.

He said three more chicks had hatched and flew off from the nest last May.

"I believe the pair of migratory birds, comprising eight birds, are still in this area and have not returned to their original habitat as they will be laying their eggs here,” he said on Wednesday (July 21).

Kevin said the migratory bird species that originated from the Afro-Eurosia region, namely around Europe, Africa and Asia are able to breed successfully in this country.

In April, the pair of male and female birds were first spotted making nests in the tree to lay eggs and the birds have attracted the attention of zoo visitors every day.- Bernama 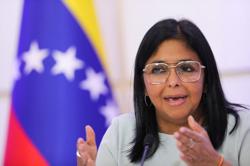