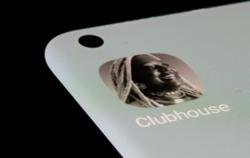 SINGER-ACTRESS Elizabeth Tan has pledged to donate 50% of her income this month to help the needy suffering the most during this challenging period, Metro Ahad reported.

Tan, fondly known as Lizzy, urged those affected by the latest movement restrictions to come forward and contact her directly.

“I am trying to help as much as I can, so I have decided to donate 50% of my monthly income this month for such purposes,” she said.

“If you need any form of assistance, please just drop me a direct message (DM) through my Instagram account, along with your bank account details,” said the popular actress.

However, she apologised in advance if she is unable to help everyone and urged all parties to be honest when asking for help.

“But, let me apologise here as I may not be able to help all.

“I just need you to be honest as there are many families who are left hungry out there.

“So please don’t steal their slot and opportunity,” she said.

> Actress Mawar Rashid said that being a celebrity does not give one the licence to flout the law, reported BH Ahad.

Mawar, who admitted her mistake for not wearing a face mask during a berbuka puasa (breaking fast) event at a hotel during Ramadan, said she does not blame anyone for the incident.

“After what happened, it shows that even with celebrity status, it does not give one any licence to escape from being punished by the law. In this matter, I admit my mistake as I did not wear a face mask when taking pictures at the berbuka puasa event,” she said.

It was reported that the buka puasa event at a hotel in Bukit Bintang that had allegedly violated the Covid-19 standard operating procedure (SOP) was being investigated by police after pictures of the April 29 event went viral.

Following that, people took to social media to criticise attendees for not adhering to the SOP.

The incident had also involved her husband Raff Yaakob and other celebrities, including Iman Troye, Heliza Helmi, Hazwani Helmi and Nurin Afiqah Zulkifli, who were also slapped with compounds of RM1,500 each.

Asked if she was concerned that she would be criticised for her decision, Mawar said she always complied with the SOP set by the authorities.

“However, on that day, it was due to my own negligence. I realise that there are a lot of people out there who are disappointed in me.

“If netizens are angry with me, I will accept it,” she added.

The organiser of the event, rap singer Ariz Ramli or Caprice, was issued a compound of RM10,000.