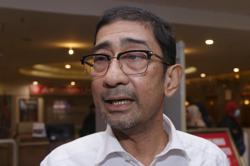 In a statement on Thursday (July 1), the MCMC said that construction of the towers in Kampung Bahagia, Kampung Mambong and Kampung Sungai Rimau is expected to be completed by April next year.

"When completed, the new towers are expected to resolve coverage issues and benefit 1,800 villagers, including students, in the three villages," the statement said.

It said a meeting was held on Wednesday (June 30) to get a clearer picture of the problems faced by the villagers and to explain MCMC’s plan.

On Tuesday (June 29), the media had reported that about 400 students and undergraduates from five villages in Mukim Mambong, Kuala Krai, were forced to trek five kilometres to the peak of a hill in Kampung Bahagia just to access the internet so that they could follow the home-based teaching and learning programme.- Bernama