KUALA LUMPUR (Bernama): The Royal Malaysia Police (PDRM) is urging the government to reconsider the proposal that the Deoxyribonucleic acid (DNA) samples of new-born babies be taken and stored in the interest of society.

Bukit Aman Criminal Investigations Department (CID) director, Datuk Seri Abd Jalil Hassan said PDRM had made the proposal in 2001, but it was rejected on several grounds, namely, human rights and fear of it being abused.

He said that society must understand that criminal cases and communal issues could be solved more quickly and provide justice to the victims with the availability of DNA profiles in the databank.

"For example, we have been successful in solving a rape and robbery case which occurred in Cheras in 1999, through profile matchings from the DNA databank in 2019, and the case was taken to court and brought relief to the victim.

"We have also assisted Interpol to solve a murder case abroad in 1996, based on a DNA sample taken from a drink bottle through DNA matching found in the PDRM databank, and this DNA evidence was later accepted by the court overseas,” he said.

He said this at a media conference after a working visit to the Forensic Laboratory Division (D10) and DNA Databank Division (D13) at the PDRM College in Cheras on Wednesday (June 30).

Abd Jalil said that PDRM hoped that all stakeholders understood the importance of having a complete DNA databank, apart from facilitating any pursuit to track down criminals.

"According to the DNA Identification Act 2009, DNA can only be taken at the scene of an incident, from suspects, convicts, detainees, drug addicts, missing persons and volunteers,” he said.

"As of June 25, PDRM had solved 131 cases through DNA matchings at the PDRM databank, as such we see the keeping of DNA profiles as very important to help the police conduct investigations,” he added. - Bernama 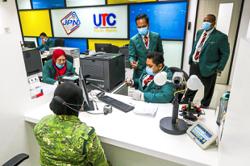 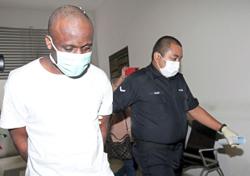