EYE-brows were raised when Science, Technology and Innovation Minister Khairy Jamaluddin lambasted rich countries for vaccine hoarding, describing the act as "cruel and unjust" against poor and less developed countries.

The Covid-19 Immunisation Programme coordinating minister drew similarity to the act with a scene from the Titanic where the ship was sinking and the rich people in the first class had the priority boarding the lifeboats.

"Poor countries, less developed countries, are left to drown. That is what is happening today," Khairy said at the launch of Malaysia Aviation Group's (MAG) sustainability blueprint here on Wednesday (June 23).

But in a highly charged political atmosphere, Khairy found himself under fire, with his detractors saying he was merely shifting attention from the criticism against him for the slow rollout of the vaccination exercise.

The National Pharmaceutical Regulatory Agency (NPRA) was also rapped for its giving conditional approval for the CanSino vaccine and not approving Sinopharm and Sputnik vaccines. In reality, Singapore has also not approved these vaccines.

Singapore is only providing Pfizer and Moderna while the private sector is allowed to give Sinovac, which comes from government stock purchases some time ago.

The European Union Ambassador to Malaysia Michalis Rokas was quick to refute Khairy's statement, saying the EU (European Union) had shipped 4.087 million Pfizer-BioNTech vaccine doses and approved the export of another five million doses for Malaysia.

"These numbers concern doses manufactured by Pfizer, and to these exports, I should also add that the EU has already manufactured and already shipped 560,000 doses of the AstraZeneca vaccine through the Covax scheme," Rokas said.

But Rokas wasn't addressing the statement made by Khairy, who was talking about poor and less developed countries as a whole.

Is it merely the politicians capitalising on public anger without providing real answers? Let's look at the facts and figures.

Even the rich nations were putting conditions for supplying vaccines to other countries, Momen reportedly told journalists at his ministry office in Dhaka after a weeklong visit to the United States.

Without naming any country or the conditions, he said, "They're seeking this or that in return."

"The Moderna vaccine will go to rich countries exclusively; it is not even being offered to the poor. In fact, nine out of 10 people in poor countries may never be vaccinated at all. Washington is sitting on vaccines making sure no one gets any while the US needs them. The European Union has exported 34 million doses to, of all places, Singapore, Saudi Arabia and Hong Kong – countries that have no problem sourcing or paying for vaccines.

"In fact, the EU sent about nine million doses to the United Kingdom, a country which, no longer in the EU, also has what amounts in practice to an export ban of its own, official denials notwithstanding,"

It's unlikely that Moderna's chief executives feel bad about the unvaccinated poor. The company forecast sales of over USD$18bil (RM74.96bil) for 2021, pushing Moderna into profit for the first time since its founding 11 years ago. Pfizer hasn't done too poorly either; they're expecting a cool USD$15bil (RM62.47bil) in sales.

South Africa, the African continent's worst-hit country, is buying AZ (AstraZeneca) at nearly two and a half times higher than the per-unit price of European countries.

In short – the vaccines are not being sold at standard prices. It also depends on the volume that a country has ordered, which will, for example, put Malaysia having less bargaining clout with our small population.

The Guardian reported that European countries were buying doses below the supposed cap of €2.50 (RM12.43) and "African countries far above it". In contrast, Canada has purchased more doses per head than anyone else – enough to vaccinate every single Canadian five times over. But the entire continent of Africa – home to 1.3 billion people – has been allocated a total of only 300 million doses.

As of the first week of January, only 25 vaccines had been administered in all of sub-Saharan Africa. Yes – dua puluh lima (twenty-five).

While many Malaysians were praising Israel for administering 150,000 doses of vaccine a day, it was not widely reported that the Palestinians, whose land it occupied, were left out.

Last week, it was widely reported in the Arab media that the first batch of Pfizer vaccines that the Palestinians received did not conform to specifications. The 90,000 doses that were supposed to expire in July or August turned out to expire in June.

The BBC has also reported about the predicament faced by the poor countries.

Since December, it has been reported that rich countries are hoarding doses of Covid vaccines and "people living in poor countries are set to miss out", according to a coalition of campaigning bodies.

The People's Vaccine Alliance, a movement of health and humanitarian organisations, says nearly 70 lower-income countries will only be able to vaccinate one in 10 people.

This is despite AZ pledging to provide 64% of its doses to people in developing nations, it said.

"And even though rich nations represent just 14% of the world's population, they have bought up 53% of the most promising vaccines so far, according to data from eight leading vaccine candidates in Phase 3 trials that have done substantial deals with countries worldwide," it said.

What about the EU? Well, it has secured 900 million doses of Pfizer's vaccine and reserved an option to buy 900 million more to be delivered by 2023.

In short – while most developing countries are struggling to give the first jab, the EU is ready for the booster jabs, in case the third shots are needed.

That gives the EU as many as 3 billion secured doses, or 6.6 per person, without accounting for the optioned ones," Quartz reported.

It said, "excess vaccines give wealthy countries power over those dependent on donations in order to immunise their citizens. Many countries are using vaccines as a diplomatic tool, donating them in order to strengthen—or form—international alliances. China has excelled at this but the United States is catching up."

So, Taiwan – the US ally – snubbed China-made vaccines and waited for the vaccines, and naturally, Taiwan got what it wanted for being supportive of Washington DC.

Meanwhile, Singapore's Temasek-led investor group injected USD$250mil (RM1.04bil) into the German biotech firm through a private placement last June. In short, it has a stake in the vaccine manufacturing company.

Yes, Malaysia should have done better in procuring the vaccines and even expedited the vaccination exercise.

But countries are at the mercy of the manufacturers and the rich countries. They decide who should get it and how much.

If there is any comfort to the European countries, which have been accused of hoarding, they, too, have taken legal action against AZ for failing to deliver the vaccines on time.

Still, while developing countries struggle to give their people the first vaccination, the rich countries hoard the vaccines for booster shots. The third injections are needed to fight the different variants. 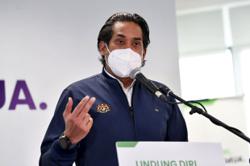