On some calling him a "murderer" for mixing vaccines, he responded by quoting a recent AFP article where German Chancellor Angela Merkel received a Moderna Covid-19 shot after an initial AstraZeneca vaccine.

Earlier this month, on June 17, he said the government was studying a mix-and-match method to improve vaccine efficacy.

On critics who claimed he was making excuses and blaming unfair global distribution of vaccines, he pointed to World Health Organisation director-general Tedros Adhanom Ghebreyesus, who was quoted by Reuters on May 24 that 75% of Covid-19 vaccines were administered by only 10 countries.

On claims that mass vaccination centres were a waste of money, Khairy referred to a BBC news report that such initiatives were practiced in the United Kingdom too.

On DAP secretary-general Lim Guan Eng's criticism that Putrajaya was moving away from the "herd immunity" terminology, Khairy pointed to a news article which quoted Dr Anthony Fauci, the US medical adviser to the president.

Dr Fauci was quoted saying that herd immunity was "elusive" and "mystical".

He had repeatedly said that "herd immunity" to Covid-19 was an "elusive concept" because there was no definitive percentage of the population that needed to be vaccinated to achieve it. 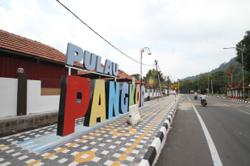