PETALING JAYA: Temporary Registration Certificates may now be issued to medical graduates who had earlier been given a letter of eligibility to register by the Malaysian Medical Council (MMC) but have had their graduate training placements temporarily postponed, says Health Minister Datuk Seri Dr Adham Baba (pic).

“This postponement was made in accordance with the MMC’s explanation that the appointment offers and the graduate training placements would be delayed temporarily to give some space to them to resolve the issue of the need to re-gazette the qualification’s name and/or different universities names according to the Second Schedule of the Medical Act 1971 (Amendment 2012),” he said in a statement on Tuesday (June 22).

Last Friday (June 18), the MMC said it will suspend all applications for Temporary Registration Certificates for graduates holding basic medical degrees that show discrepancies in the institution or qualification’s name.

The MMC had said that it has identified a group of local and foreign institutions which were found to have differences in the name of the qualification and/or the name of the institution on the basic medical degree scroll from those gazetted in the Second Schedule of the Medical Act 1971 (Amendment 2012).

Dr Adham noted that the number of universities involved in this issue are 36, of which has affected a total of 267 medical graduates who have registered and passed the Public Services Commission screening.

“These differences have caused the MMC to not be able to issue the Temporary Registration Certificate until the matter is resolved,” he said.

However, he said after the MMC obtained legal counsel, the Temporary Registration Certificate may now be issued to the medical graduates that are affected.

“Additionally, an email notification has also been issued to the affected medical graduates on Monday (June 21) to enable them to register in the e-Housemen system and subsequently, to be able to make their graduate training placements selections on Tuesday,” he said.

Those who have not obtained the email notification can directly email rayuanho@moh.gov.my 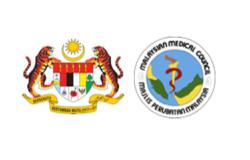 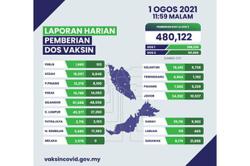