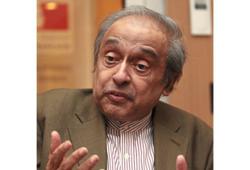 “Many of our major challenges have been swept under the carpet and because of that, we are not able to deal with challenges of unity.” Dr Chandra Muzaffar

In a lecture titled “The Making of Rukun Negara”, the president of International Movement for a Just World said the Rukun Negara is Malaysia’s guiding philosophy towards enhancing national unity.

“There is a certain status to it and it cannot be dismissed, but should instead be made relevant to everyone,” he said.

Born in 1970 out of a need to rediscover and reestablish the basis of the nation after the May 13 riots in 1969, the Rukun Negara boasted a high commitment to the five principles in its early years, said Chandra.

“But its significance withered through the years following political change and subsequent leaders putting emphasis on other matters, starting in the 1980s,” he added.

He said there was commitment to revive the Rukun Negara in 2003, and discussions over it continued until today.

“Today, the eighth Prime Minister has shown a certain commitment to the Rukun Negara,” he said, adding that Tan Sri Muhyiddin Yassin had given new focus to the Rukun Negara, which is now a pivotal aspect in the National Unity Policy.However, there is still much work to be done to cement the Rukun Negara as the compass of the nation.

Drawing a comparison to Indonesia’s guiding philosophy, the Pancasila (presented in 1945), Chandra said Indonesia’s leaders were strongly committed to it, and the philosophy remained constant even when Indonesia’s political leadership changed over the years.

“The strong commitment at the top trickled down to society, and any common person knows what Pancasila is,” he said.

However, despite few changes to the political leadership in the past 60 years, he said, many people might still not be aware of the Rukun Negara’s aspirations, and often confuse it with the principles when reciting them.

He said while there had been commitments to relaunch the Rukun Negara, various groups had pointed out that the relaunch should cover both the principles and aspirations.

“The Rukun Negara contains five aspirations and five principles, but not many are aware of the aspirations,” he said.

The aspirations of the Rukun Negara are to achieve greater unity among Malaysians; preserving a democratic way of life; creating a just society where prosperity in the country can be enjoyed in an equitable manner; ensuring a liberal approach to rich and varied cultural traditions; and building a progressive society through science and technology.

“The five aspirations are guided by the five principles which are Belief in God, Loyalty to King and Country, Supremacy of the Constitution, Rule of Law as well as Good Behaviour and Morality,” said Chandra.

While relaunching the Rukun Negara was laudable, he said it required more effort and the whole of society must be involved and understand its relevance.

He said another way to strengthen national unity is to conduct an honest audit of the nation’s performance in its commitment to achieving that goal.

“What is important is the serious commitment and reflection in achieving national unity.

“Many of our major challenges have been swept under the carpet and because of that, we are not able to deal with challenges of unity,” he said. 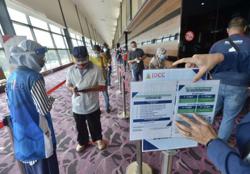