Home Minister: Up to police to decide whether to call Takiyuddin over statement

PUTRAJAYA: The Home Ministry will leave it to the police to decide whether Datuk Seri Takiyuddin Hassan should be called up over a police report lodged against him.

Its Minister Datuk Seri Hamzah Zainudin said all reports will be investigated.

"It is up to the police to decide if they want to call up the Minister for his statement," he said on Friday.

Hamzah said the police would first check the actual content of Takiyuddin's statement.

Pakatan Harapan Youth had lodged police reports against the Minister in the Prime Minister's Department, claiming that Takiyuddin had insulted the King's view.

This comes after Yang di-Pertuan Agong Al-Sultan Abdullah Ri'ayatuddin Mustafa Billah Shah has expressed his opinion that Parliament must reconvene as soon as possible.

Responding to this, Takiyuddin had said the King did not specify which month the sitting should be held and that he only said as soon as possible. 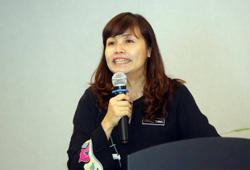