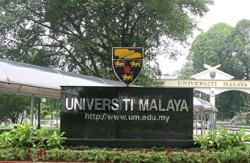 PETALING JAYA: A record 22 Malaysian universities made it into the Quacquarelli Symonds (QS) World University Rankings 2022 with Universiti Malaya (UM) leading the pack once again.

Malaysia’s premier university continues to maintain its top-100 position for a fourth consecutive year, ranking 65th and achieving its second-best performance in the history of the rankings.

Despite falling six places over the last year, UM’s top-100 status is based on its outstanding recognition among the world’s academics and employers.

However, it was unable to improve its performance in any of the four further indicators used by QS, leading to the drop.

Although recording more drops than rises in this year’s table, the Malaysian higher education sector is still recording consistent reputational improvements with 15 institutions having improved their Academic Reputation score.

Meanwhile, Taylor’s University achieved one of the world’s top 100 Employer Reputation scores for the first time, sitting comfortably at 90th.

As for UM, the challenges experienced by Malaysian higher education this year involved performance in QS’s other four indicators, which measure teaching capacity, research impact, and levels of internationalisation.

On the new rankings, QS director of research Ben Sowter commended Malaysian universities for the progress achieved over the past five years.

“As recently as 2018, UM was not a top-100 university. It has now firmly established itself among the 100 best universities in the world. In 2018, UPM and UKM had never ranked among the world’s top 150, they have now both spent consecutive years in this bracket,” he said in a statement on Wednesday (June 9).

“With positive reputational trends and a highly supportive government, we expect that future years will see Malaysian higher education reach new heights once more,” he added.

For the 10th year running, Massachusetts Institute of Technology (MIT) in the United States, is listed as the world’s best university.

The United Kingdom’s University of Oxford has risen to 2nd for the first time since 2006 while Stanford University and the University of Cambridge share the 3rd spot.

Asia’s leading university is the National University of Singapore, which places 11th.

The 18th edition of the global university rankings list the world’s top 1300 universities - 145 more than in last year’s edition - which can be found in 97 locations.