Dr Wee: Report on LRT crash ready to be presented to Cabinet 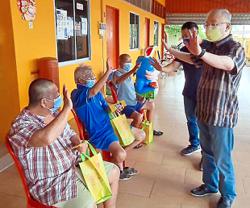 PETALING JAYA: The preliminary report on the cause of the collision on the LRT Kelana Jaya line is ready to be presented to the Cabinet, says Datuk Seri Dr Wee Ka Siong (pic).

The Transport Minister said he received the report from the nine-member investigation committee, headed by the Ministry’s secretary-general Datuk Isham Ishak, which was completed within the 14-day deadline.

“I have received the preliminary report from the Investigation Committee on the Kelana Jaya LRT collision, which occurred on May 24, via a virtual conference with the committee.

“I look forward to presenting their findings to the Cabinet on June 9 (Wednesday) with several recommendations to bridge the gaps in the safety and standard operating procedures for RapidRail’s trains, ” he said in a Facebook post on Tuesday (June 8).

Dr Wee also said he was studying the documents and findings presented by the committee.

Dr Wee congratulated the team for working tirelessly on the investigation, saying the team went down to the ground at the Kelana Jaya Operation Control Centre and conducted simulations, interviews and pored through guidelines and documents.

He said the team’s findings would not only improve RapidRail’s services but Malaysia’s entire rail service infrastructure in the long term.

In the 8.45pm incident on May 24,213 passengers were injured, 47 of them seriously, following the collision of two LRT trains on the Kelana Jaya line, which occurred in a tunnel between the KLCC and Kampung Baru stations.

The crash involved one train carrying passengers and another train, which was said to have been test-driven following a fault, carrying only a driver. 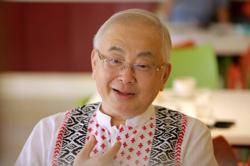