Khairy Jamaluddin, coordinating minister for the National Covid-19 Immunisation Programme, had announced that after the success of a drive-through vaccination pilot project at Universiti Sains Malaysia in Kubang Kerian, Kelantan, the government will be rolling it out for the public.

Facebook user Pamela recommended that senior citizens and the physically handicapped should be the first to use the facility.

Another user Tan Connie agreed that these groups should be involved in the initial stages of drive-through vaccinations.

"Still good news nonetheless, with mega facilities and more general practitioners roped in to aid with vaccination rollout. Looking forward to it, all the best in working towards it!" said Maxine Yew.

Twitter user @mohdazmi_aghani suggested that the government should provide easier access to vaccination by mobilising inoculation to the people.

"It is time to bring vaccines to people rather than moving people to mega centres.

"What is the point of having enhanced MCO when people are allowed to move in and out. Please also bring vaccines to the workplace," he suggested.

Others such as KF Chin expressed concern on Facebook as he noted the danger of those experiencing side effects from the vaccine, who should not be allowed to drive.

"It is too dangerous to drive after getting vaccinated. Must take into consideration side effects may occur that may endanger other road users," he said.

Meanwhile, Facebook user G Siva expressed hope that many more will be receiving their vaccination appointments so that the inoculation programme can be expedited.

"Fantastic YB KJ, Please walk the talk. Kindly ensure you push as many push notifications to the rakyat as soon as possible," she said. 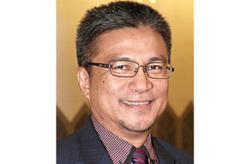