KUALA LUMPUR: Yet another family member of a celebrity has gotten herself in hot water, after a post on her social media account allegedly insulted Johor Ruler Sultan Ibrahim Ibni Almarhum Sultan Iskandar.

Brickfields OCPD Asst Comm Anuar Omar, in a statement, said that a report was lodged by the 54-year-old woman on Sunday (May 30).

"Investigations showed that a 32-year-old woman had mistakenly used the complainant's account to make the post," he said.

It is known that the complainant is the mother of a local celebrity, who has repeatedly drawn flak from the public for various infractions during the movement control order.

ACP Anuar urged everyone to be responsible social media users.

"Do not simply share things or news online to the point where it could affect the reputation or rights of others," he said. 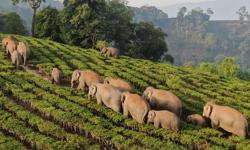