PETALING JAYA: Mamak, eateries and coffee shop groups have welcomed the full lockdown but are pleading for various assistance from the government to help them survive the current circumstances.

Malaysian Muslim Restaurant Owners Association president Datuk Jawahar Ali Taib Khan said they were expecting the full lockdown as they were among those who had made earlier calls to help to stop the Covid-19 outbreak.

“However, we hope the government will be strict and observe discipline in implementing the standard operating procedure.

“They should not be biased towards any sector,” he said.

He also appealed to the government to find ways to allow banks to extend loan moratoriums until the end of the year.

“Many of our members complained that some of their bank loan interest had been increased.

“We hope the government can look into this,” he said.

Bumiputera Retailers Organisation president Datuk Ameer Ali Mydin said many supermarkets across the country saw a spike in the number of customers.

“Many rushed to stock up the basic necessities in anticipation of a full lockdown. There was some panic-buying across the country based on social media posts,” he said.

“We hope the government can come up with solutions to help those affected by the lockdown, especially the bottom 40 (B40) group and daily wage earners.

“TNB can give some discounts to as it has reportedly made profits in previous years,” he said.

Ameer, who is also Mydin’s managing director, said it would give full rental waivers for tenants at Mydin’s premises for those who could not operate during the lockdown.

“I urge all members to strictly abide by the SOP. I also hope that the authorities will strictly control and take stern action and avoid any double standards in enforcement,” he said.

“Most of our members said that appointments were full as people were not sure whether our sector will be affected. Many rushed to get their hair cut after the previous experience,” he said.

He urged the government to provide soft loans to hair salon owners as they were among the hardest hit.

“Most of us have fixed expenses such as shop rental, utilities and staff salary.

Datin Winnie Loo, founder of A Cut Above Salons and Academy and Malaysian Hairdressing Association honorary president, said although it was painful for many salon owners, it was the right move to impose a full lockdown.

“Some would like to open but we have to consider all factors including putting staff at risk. It is better to have short-term pain than long-term suffering.

“Most importantly, the government needs to speed up the vaccination process as it is the only way forward,” she said. 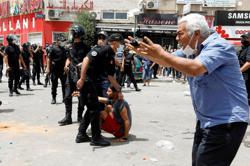 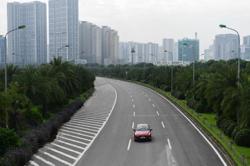