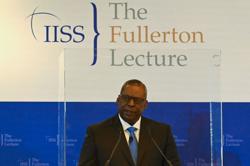 PETALING JAYA: Several non-governmental organisations are calling for a total ban of e-cigarettes and vape.

They are urging the government to take the matter seriously, saying that neighbouring countries such as Singapore, Brunei and Thailand already banned them.

“As a government that is responsible to protect the health of its citizens, why can’t it copy the good example of its neighbours?” they asked during a press conference yesterday.

The statement, which was read out by National Cancer Society of Malaysia managing director Dr

Dr Murallitharan said although the devices had been gaining in popularity in Malaysia since 2016, the problem worsened in 2018 with the introductions of Pods, which are smaller, easier to use and with a large variety of flavours.

The World Health Organisation (WHO), he added, had come up with several statements warning of the dangers of e-cigarettes.

“These devices are said to provide an alternative but have proven to be harmful to health.

“The use of e-cigarettes – with or without nicotine – has health implications. Nicotine causes addiction and what is worrying that its use among children can have an impact on brain development as well as increase the risk of other banned substances, ” he said.

The Tobacco and E-Cigarette survey Among Adolescents (Tecma) in 2016 by the Health Ministry showed that 300,000 children and teenagers from the ages of 11 to 18 had used these devices.

However, the Malaysian Organisation of Vape Entities president Samsul Kamarul Arifin said it was against the use of products by those under 18, adding that non-smokers were not encouraged to use these.

“What we are promoting is a safer alternative to quit smoking. This is what vape is about. Unfortunately, it has become a social problem, ” he said.

He said this was because there was no regulation of the industry.

“We believe there would still be a black market and instead of banning it, we might as well regulate and tax it, ” he said, adding that there should be regulations on the manufacturing of these devices as well as its retail and for consumers.

He said should there be a ban on these devices, then cigarettes should also be banned as well.

Samsul cited research by the Public Health of England that claimed that the use of these devices was 95% safer than smoking.

“It’s all about a safer alternative for people who want to quit smoking, ” he said. 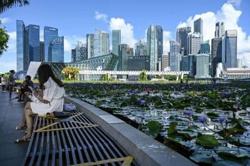