“Even more compounds are created when these chemicals are heated and vapourised during vaping, ” she said.

These chemicals, said Dr Hung, posed serious health risks as they could damage the lungs and were carcinogenic.

She was commenting on a recent video of a woman who allegedly gave her two-year-old child a puff on an electronic cigarette, and uploaded the video on social media.

While the woman has since apologised, a video of two very young boys vaping had also gone viral.

Dr Hung said nicotine was a highly addictive substance, which could affect brain development in babies, children and adolescents.

“Early exposure to e-cigarettes and vaping may be the gateway to the use of cigarettes, stronger nicotine products and even pot (marijuana).

“It is important for the government to ban e-cigarettes and vaping to protect children and adolescents from their harmful effects, ” she said.

She urged parents to be aware of what their children were up to, and to know the harmful effects of e-cigarettes and vaping.

In partnership with the Malaysian Association of Adolescent Health, MPA will be conducting a tobacco control advocacy programme in secondary schools soon. 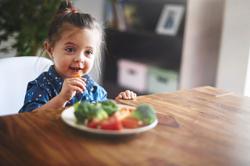