KUALA LUMPUR (Bernama): Passengers on a Kelana Jaya line Light Rail Transit (LRT) train on Monday (May 24) faced a harrowing moment when it suddenly stopped before they were flung by the impact of its collision with another train.

Passenger Afiq Luqman Mohd Baharudin, 27, said the impact of the crash saw everyone being flung and falling to the floor.

"The accident, which happened in the tunnel near KLCC, resulted in many passengers, both seated and standing, to suffer injuries, ” he said when contacted.

Aliq Luqman said that before the accident, the train had stopped for 15mins before moving again.

"We had only moved for a few seconds when the crash happened and the impact was so strong that I suffered injuries to my head, left leg and chest, ” he said.

Afiq Luqman said he and the other passengers were helped out by the security team and rushed to the Kuala Lumpur Hospital for further treatment.

Meanwhile, some victims took to social media to share their personal experiences of the crash.

Twitter user Lim Mahfudz was one of those who shared videos and photos of the incident, which he had recorded.

Describing the incident as a tragedy, he tweeted that he was all right and thanked God for saving his life, adding that the whole thing felt like a nightmare.

He said some passengers were also injured by the train’s broken glass panels while some were tossed around as the train stopped suddenly (when it hit the emergency brakes).- Bernama 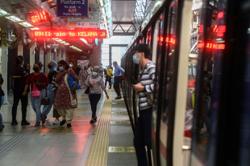 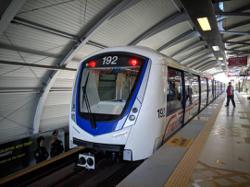