MELAKA: A 50-year-old man with a Covid-19 pink wristband sparked fear among residents of Taman Kesang Indah in Jasin here after he visited a few shops on Sunday morning (May 23).

Residents called for the man to be more responsible especially when his wife is currently in the Intensive Care Unit (ICU) in Melaka Hospital undergoing treatment for Covid-19.

Several residents claimed that the man was seen visiting several outlets with his wristband at about 10am before a police report was lodged against him.

Melaka health and anti-drug committee chairman Datuk Rahmad Mariman said a compound was issued to the man for violating the quarantine order.

However, Rahmad didn't elaborate on the status of the man's wife.

The man was issued the compound under Section 22(b) of the Prevention and Control of Infectious Diseases Act 1988 for violating an order issued by authorities.

Offences under Section 22(b) of the Prevention and Control of Infectious Diseases Act 1988 provide for imprisonment of up to two years, or a fine, or both, upon conviction for first-time offenders.

Earlier, Jasin OCPD Deputy Supt Mispani Hamdan said a 35-year-old saleswoman had lodged a police report after the man entered a convenience shop at Taman Kesang Indah in Jasin here at 10.40am on Sunday (May 23).

He said the man was tracked down by police and health officers soon after receiving the report at 11.34am. 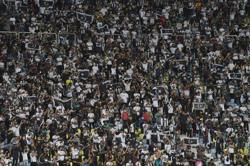