KUALA LUMPUR (Bernama): The management of Broadcasting Department of Malaysia (RTM) has been directed to investigate allegations that an RTM television Mandarin news bulletin had referred to the Palestine Islamic Resistance Movement (Hamas) as "militants", says Datuk Saifuddin Abdullah.

The Communications and Multimedia Minister said the Mandarin Desk editor and Mandarin chief news editor had been summoned to give an explanation while the officers involved had been given show-cause letters.

"The Current Affairs News Section has also been asked to review the standard operating procedure (SOP) for newsroom duties, especially on editing and publishing of TV news to ensure that a similar mistake would not be repeated in future, ” he said in a statement Thursday (May 13).

The term was said to have been used in the TV2 Mandarin news bulletin on Wednesday (May 12) regarding Israel’s airstrikes against Palestine.

An open apology on the matter was subsequently carried in the form of a correction in Berita Tengah Hari at 1pm and Berita Mandarin at 7pm the same day.

Saifuddin said RTM is sensitive to the situation and firmly supports Malaysia’s stand and the people’s aspiration regarding the ongoing conflict as well as supporting Palestinian sovereignty and freedom.

"RTM will continue with efforts to upgrade the quality of its news presentation from time to time, ” he added. - Bernama 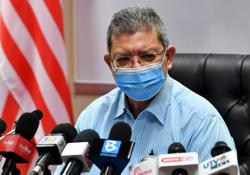 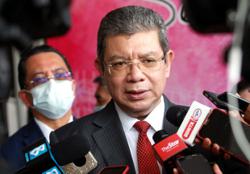