"Its use, however, will be subject to the request of OCPDs in the state, ” he said adding that for highrise residential areas, police will check the visitors’ logs at the premises.

"At the same time, the public is advised to report any SOP violation during Aidilfitri festivities that happen in their residential areas to the police, ” he added.

When asked about roadblocks at district and state borders, Srikumar said there are no exemptions as checks will be conducted there.

He said that the police would instruct those without completed documents to cross state or districts to turn back, while any SOP violation will be issued compounds.

He explained that the actions taken by the police were not meant to pressure the public but to enforce existing rules and regulations.- Bernama 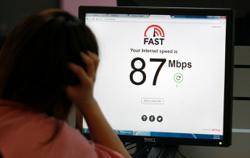