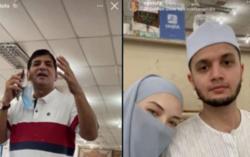 PETALING JAYA: The investigation paper on celebrity newlyweds Noor Neelofa Mohd Nor and husband Muhammad Haris Mohd Ismail for allegedly crossing state lines to buy carpets in Nilai 3, is now in the final stages after being referred to the public prosecutor.

Negri Sembilan police chief Deputy Comm Mohammad Mat Yusop said however, there were several actions that needed to be taken and the investigation paper needed to be further refined.

"The investigation is in the final stages and has already been referred to the public prosecutor, and returned in order for the investigation to be further refined," he said according to a Sinar Harian report on Thursday (May 6).

He said the investigation paper is expected to be completed in the near future and that the media will be informed of any decisions taken.

Noor Neelofa and Muhammad Haris allegedly violated the movement control order by travelling from the Klang Valley to Nilai 3 in Negri Sembilan to buy carpets.

On Sunday (May 2), a video believed to be recorded by Neelofa herself was uploaded to her Instagram showing the couple visiting a carpet store in Nilai 3 and talking to the seller.

This comes after another controversy involving the newly-wedded couple after she and members of her family were fined RM60,000 for violating SOP at their wedding.

On Tuesday (May 4), the celebrity couple gave their statements at the Nilai police headquarters for about four hours. 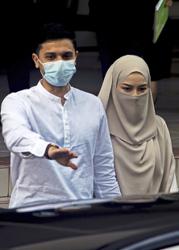