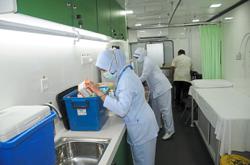 Minister Datuk Seri Dr Stephen Rundi (pic) said 60 contract workers at the Baleh site were found to lack the necessary permits during the screening of workers after a local employee from Kapit tested positive for Covid-19 on April 18.

He said the undocumented workers were escorted out of the Baleh site by Immigration officers on April 24, including one who tested positive and has been placed in treatment.

"SEB has assured the ministry that an investigation has been launched.

"All errant contractors found to have been employing workers without valid work permits will be dealt with severely," he said in a statement on Thursday (April 29).

The Baleh dam site is currently under the enhanced movement control order until May 23 after a spike of infections among workers. The Putai cluster at the site had 308 confirmed cases as of Wednesday (April 28).

Rundi said there were 970 workers at the Baleh site, of whom over 500 were Sarawakians.

He said SEB would carry out a physical site compliance audit once the enhanced MCO is lifted as part of efforts to enforce its zero-tolerance policy for undocumented workers at project sites.

"While the investigation progresses, the Baleh HEP project team will also increase surveillance of its contractor camps with more frequent audits and spot checks on the workers and security personnel on-site.

"This will complement the regular joint operations between SEB, the Immigration Department and the police to screen workers without valid work permits at the Baleh site," Rundi said.

He added that SEB was working with the authorities to enhance surveillance at all entry points to the project site, continue regular screening of all workers and ensure contractors' strict compliance with the law. 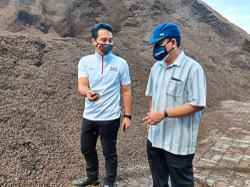