A WOMAN in her 30s from Kelantan bought a tudung bawal (wide shawl) for RM75,000 for Hari Raya, Mingguan Malaysia reported.

Bawal Exclusive boutique founder and owner Haliza Maysuri (pic) said the woman had ordered the shawl for the celebration last year, but was put on hold due to the Covid-19 pandemic.

“Our client’s wish will be fulfilled this Raya in May as she has made an appointment to collect her order this week, ” she told the Malay daily.

Haliza said her client had requested the shawl be designed with marine motifs against a light blue background to suit her career as the owner of a seafood restaurant.

She added that the shawl was designed by professional designer Megan Carter, who has 30 years’ experience working with the accessories company Swarovski in Austria.

Haliza said it usually takes between one and three months to complete a shawl, as meticulous work was needed to create an exclusive piece.

The boutique, which is based in Kuala Lumpur, had previously sold a tudung for RM100,000.

> Metro Ahad reported that poaching was still rampant in Selangor after the Wildlife and National Parks Department destroyed 68 wire snares in a three-day operation recently.

Its director-general Datuk Abdul Kadir Abu Hashim said the snares were found in jungles within Selangor and posed a danger not only to animals but to humans as well.

He said the operation from April 8-10 was carried out after complaints had been lodged, adding that poaching and the use of wire snares were a serious offence.

“Many wire snares are placed near the edge of the jungle, such as in Taman Negara, Pahang, and the Titiwangsa Range in Perak, ” he said, adding that last year, the department seized 653 wire snares in 20 operations at various locations. 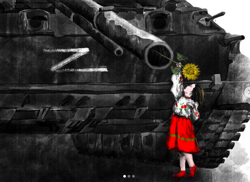