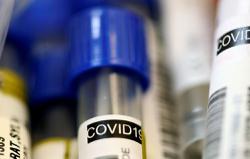 "Like many of his previous remarks, Dr Mahathir’s statement is subjective and based on his own narrow point of view, omitting historical facts, and grossly out of context.

"It is using flawed rhetoric to slander one of Malaysia’s founding fathers, Tun Tan Cheng Lock.

"His intention is, of course, to use his usual tactics: to provoke conflict, hype up racial sentiments, and portray himself as a hero to certain people," Tan said in a statement on Monday (April 19).

He noted that MCA was set up before Independence during the Darurat (Emergency) period to help the local Chinese community and prevent the deportation of nearly 500,000 people while helping to rebuild their homes in the new villages.

He added that the party continued its work with its partners in the Alliance in the struggle for independence and later, securing power sharing and the community's identity in Barisan Nasional.

"Barisan guarantees the continuation of each ethnic group’s identity, that is, our respective cultures, languages and religions, while keeping pace with the times.

"These achievements have been recorded in the history books, and cannot be disputed," he added.

"He (Dr Mahathir) is still the kind of dictator whose thinking is 'Those who support me will prosper, but those who go against me will die'.

"That is why Dr Mahathir keeps praising Lim Kit Siang and Lim Guan Eng for becoming ‘no longer extreme', because during the Pakatan Harapan administration, the Lims were obedient and submissive to him," he said.

Two weeks ago, Dr Mahathir had said that if Umno could work with MCA, which was "once extreme", it could also consider working with DAP.

Dr Mahathir’s claim of MCA being "extreme" is thought to stem from the party's efforts to seek citizenship rights from the British colonial government prior to Independence. 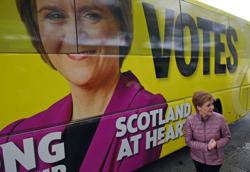