KUALA LUMPUR: Long-term plans are underway to upgrade KL Sentral, an integrated transport hub that has exceeded its capacity of 100,000 commuters a day.

“Following the pandemic, we had footfall of about 70,000 a day. When that is over, we have to face the reality of being over the limit again.

“Since we are having more routes, such as the ETS (eventually) heading south (Gemas to Johor Baru), we will see even more passengers.

“The ministry is working on creating more tracks and services to handle more passengers.

“With the ministry spearheading this, we are in talks with many parties on a comprehensive plan for the longer term, how can we integrate all these needs into a holistic project, ” he said after a ceremony to commemorate KL Sentral’s 20th anniversary yesterday.

Dr Wee noted that KL Sentral is the heart of Malaysia’s rail system, providing connectivity KTM Komuter, ETS, ERL, LRT Kelana Jaya, and KL Monorail, other than bus services to KLIA, among others.

“We need to look at the possible congestion here, how we can provide comprehensive services, including the bus and taxi.

“There are existing hotels in the area too. We need to look at traffic impact, how should we plan the arterial road, ingress and egress, and how to disperse traffic, ” he said, adding that the planning on upgrading KL Sentral have started, though the government is not in great hurry.

“There are also some restrictions as it involves track areas, while there are over 100,000 people living nearby, even though the area is only 29ha. All these need to be factored in and deliberated in turn, ” he added.

Dr Wee also called on passengers not to fear public transport, as all amenities and areas in the transport hub are sanitised hourly.

“Since the Covid-19 pandemic began last year, KL Sentral has not recorded a single positive case so far.

“I hope passengers will not be worried to commute, ” he said.

Earlier, Dr Wee presented a RM100,000 contribution in cash and kind from Yayasan MRCB to 500 beneficiaries from the B40 group, including the visually impaired, in conjunction with the event. 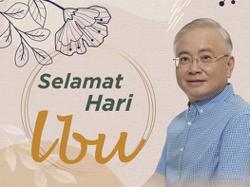