Iskandar Puteri OCPD Asst Comm Dzulkhairi Mukhtar said the four individuals from Pakistan and India, who are between 23 and 34 years old, were arrested separately on Thursday (April 15) at a housing area in Mutiara Rini, Skudai.

"A police team from Iskandar Puteri was making checks on a security post at a housing area in Mutiara Rini when it met two Pakistani security officers.

"The duo failed to show their identification documents and valid security officer permits," he said in a statement here on Friday (March 16).

He added that the security officers' manager was also arrested at the same location for violating the licence condition of a private agency for employing foreigners without a permit.

"The 32-year-old manager also tested positive for methamphetamine and has a criminal record with three drug-related offences," he said, adding that the manager was a local.

Following the arrests, the police returned to the location at around 11.30pm the same day and found two other foreign security guards who also did not have any documents.

"The two other suspects, who are from India and Pakistan, were arrested as they also failed to produce identification documents," he said, adding that four security uniforms were also seized.

He added that the case is being investigated under Sections 6(1)(c) and 55B of the Immigration Act, Section 15(1)(a) of the Dangerous Drugs Act and Section 14 of the Private Agencies Act.

"The suspects will be brought to the Johor Baru court for a remand application," he said.

ACP Dzulkhairi also urged those who plan to employ guards to select security companies that adhere to the conditions set under the Private Agencies Circular 2010. 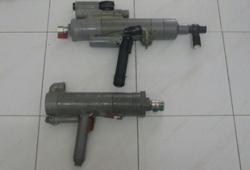