PUTRAJAYA (Bernama): The Court of Appeal heard on Wednesday (April 14) that Datuk Seri Najib Tun Razak did not travel to Switzerland to bring back the funds belonging to SRC International Sdn Bhd that were frozen by the Swiss government for money laundering.

In fact, ad-hoc prosecutor Datuk V Sithambaram said the former premier did not even resolve the matter until he left office.

"The appellant (Najib) did not travel to Switzerland to repatriate the funds back to Malaysia. My Lord, I did not expect this from him, as he was the prime minister and finance minister at the material time.

"SRC was Najib’s 'baby'. He was the only shareholder in SRC. But he did not make any effort to go to Switzerland and resolve the issue, ” he said.

He submitted this before a three-member bench led by Judge Datuk Abdul Karim Abdul Jalil in the hearing of Najib’s appeal against his conviction and jail sentence for the misappropriation of RM42mil in SRC International funds.

The other two judges on the bench were Datuk Has Zanah Mehat and Datuk Vazeer Alam Mydin Meera.

Sithambaram said former Finance Minister II Datuk Seri Ahmad Husni Hanadzlah had testified at the Kuala Lumpur High Court that Najib had refused to allow a government delegation to go to Switzerland to clarify issue relating to the money that was frozen by the Swiss government.

"The appellant’s (Najib) motive for this refusal is highly questionable. The money (amounting to RM3.6bil) was part of the RM4bil loan from the Retirement Fund Inc (KWAP) to SRC. It was pension fund, ” he said.

Previously, Najib had testified that he did not grant permission to Ahmad Husni to fly to Switzerland, as the latter had no "proper plan” to retrieve the frozen funds and had not made any formal application for that purpose either.

The Kuala Lumpur High Court had on July 28 last year sentenced Najib to 12 years’ jail and a RM210mil fine after finding him guilty on seven charges of criminal breach of trust, money laundering and abuse of position, involving RM42mil in SRC International funds.

The hearing of the appeal continues tomorrow. - Bernama

‘Najib was left to take the blame’ 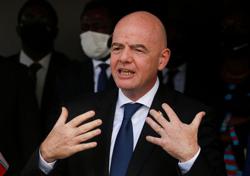 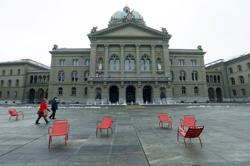