"We arrested three women from Bangladesh, Thailand and Uganda.

"Initial investigations revealed the Bangladeshi woman was the caretaker while the other two women were allegedly prostitutes," he said, adding that they also seized three mobile phones.

He said initial questioning revealed they started on April 4 and operated from 7.30am to 6pm daily.

"The Bangladeshi woman acted as the middleman and was paid RM50 daily.

"They offered sexual services for RM50 per session," he said, adding that all three suspects have been remanded.

Meanwhile, ACP Mohamad Zainal said they conducted an anti-narcotics operation at flats located on Jalan San Peng at around 7pm on Monday (April 12).

"Many did not have fixed jobs and were homeless," he said in a statement on Wednesday (April 14).

He said checks revealed all had prior records for drug-related crimes.

"We have remanded them to facilitate further investigations," he said. 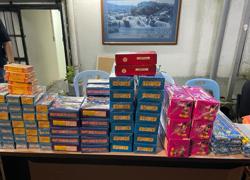 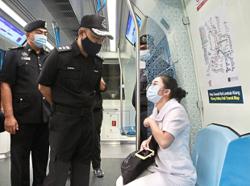