By DIYANA PFORDTEN and CLARISSA CHUNG

PETALING JAYA: Unhealthy lifestyles are killing more and more Malaysians, with deaths linked to ailments such as heart and cererbrovascular diseases nearly doubling from 2000 to 2017.

This is among the findings of an analysis done by The Star based on Statistics Department figures on the causes of deaths in the country since the year 2000.

Commenting on the findings, health experts said the trend underscores why it is vital for Malaysians to adopt a healthy lifestyle through balanced diets, regular exercises and other good habits as these will help prevent health conditions that are killing a growing number of us each year.

According to the department’s figures, heart diseases, pneumonia and cerebrovascular diseases are, in order, the top three causes of deaths in the country.

Ishchaemic heart disease, which is also a leading cause of death in many other countries, happens when arteries cannot deliver enough oxygen-rich blood to the heart, causing a heart attack.

In Malaysia, it mainly affects people aged between 41 and 59 years old, as well as those 60 years old and above, especially in urban areas.

Ischaemic heart disease was the primary cause of death among males, with men making up 69.4% of those who died from the disease, while pneumonia was the top cause of death for females.

The number of deaths from cerebrovascular diseases (CVDs), a group of disorders of the heart and blood vessels, increased by 112% in 2017 compared to 2000.

According to the World Health Organisation, an estimated 17.9 million people died from CVDs in 2016, representing 31% of all global deaths.

"Of these deaths, 85% are due to heart attack and stroke.

"Most cardiovascular diseases can be prevented by addressing behavioural risk factors such as tobacco use, unhealthy diet and obesity, physical inactivity and harmful use of alcohol using population-wide strategies," it said. 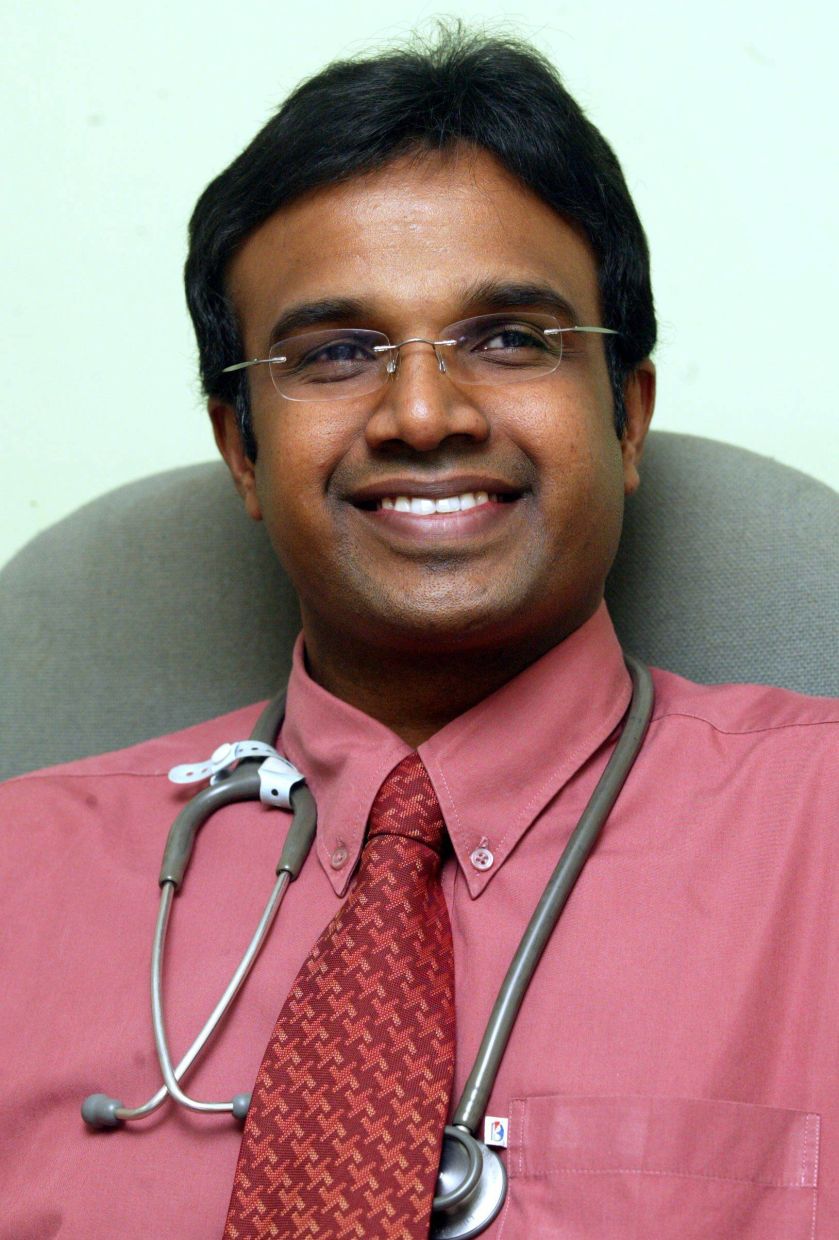 “Everyone feels that the responsibility for their health rests with their family doctor or the Health Ministry. People must realise that they are responsible for their own health and wellbeing.

“Obesity rates, for instance, have skyrocketed and we are now the most obese nation in South-East Asia, ” he said.

He also added that people in recent years are choosing to “self-medicate” from information they find on the Internet, especially over the last decade.

“Many a time, patients search their symptoms on the Internet and they get their medication directly from the pharmacy or traditional medicine men -- bypassing their general practitioners.

“This can cause irreversible damage to their bodies and by the time they go to the doctors and get their problems detected, the damage has already been done, ” he said.

Dr Raj Kumar suggested that for patients to lead healthier lifestyles to prevent cerebrovascular diseases or ischaemic heart diseases, they must have a dedicated family doctor to continuously monitor their health.

“With the Internet, there is too much information from unreliable sources. Patients must not self-medicate or take supplements without checking with their doctors.

“Children in schools should be taught to eat good food, exercise regularly and sleep well. This has to be ingrained in school as it will become a habit to lead healthy lifestyles, ” he said. Commenting on men being more susceptible to heart diseases compared to women, Dr Subramanian said the higher risk among men can be due to poor lifestyle choices.

"Unhealthy eating, smoking and alcoholism is known to be higher among men and this can be contributing factors," he said.

"It is also important that people go for scheduled medical checkups with their general practitioners to be up to date on their health status," he said.

Meanwhile, deaths caused by pneumonia recorded the largest increase of 579% or 10,543 more deaths in 2017 compared to 2000 and is the leading cause of death for women.

"Pneumonia is a condition where the lungs are infected because its smallest units, the sacs of alveoli, are filled with inflammatory fluid or purulent discharge (pus), which would lead to difficulty in breathing, compromised gas exchange, and reduce oxygen intake by the individual," said Universiti Putra Malaysia medical epidemiologist Assoc Prof Dr Malina Osman.

Dr Malina said that the disease is mainly caused by micro-organisms like viruses, bacteria, fungi, and it is associated with underlying individual health status such as immune status, any chronic illness or pre-existing lung disorder, and socio-environmental factors such as pollutants, ventilation, crowding, and others.

She believes that the large hike in the number of deaths related to pneumonia over the years may be due to improved documentation and classification, as well as medical diagnosis.

"There may be some changes in case definition for cause of death for the purpose of reporting.

"In early 2000, some of those cases with infection were being classified as septicemia," she said. Septicemia is a bloodstream infection that occurs when a bacterial infection, which happens elsewhere in the body, enters the bloodstream.

The number of deaths caused by septicemia had indeed decreased in 2015 and did not garner notable increase thereafter.

"In general, pneumonia is treatable and preventable. There are some vaccines against certain infections," said Dr Malina, adding that those with immunity problems such as the young or elderly with health complications, may face more severe complications if infected with the disease.

The World Health Organisation estimates that pneumonia kills an estimated 1.4 million children under the age of five every year.

The disease is also the third leading cause of death for children under five.

Dr Malina said the government, through the Health Ministry, allocated a specific budget for children's vaccination programmes and revised the type of vaccines and the vaccination schedule for children in 2020.

"At the current stage, those vaccines are available in all health clinics in our country," she said.

The vaccine is aimed at preventing bacterial infections of streptococcus pneumoniae or pneumococcus, which can cause diseases such as pneumonia, sinusitis, middle ear infection (otitis media), meningitis and septicemia.

"Every parent should get their children vaccinated to prevent severe cases of pneumonia that can cause death," she said.