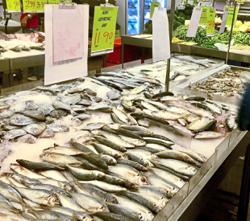 Malaysia now has to import them from faraway countries like China, Yemen and Pakistan.

The self-sufficiency ratio of the fish has continued to plunge over the past five years, with importers now having to look beyond Thailand, which is the biggest supplier of the fish.

The Malaysia Competition Commission (MyCC) said there had been little evidence of change since its market review two years ago.

“Yes, the price of ikan kembung is at the mercy of intermediaries and supply factors.

“Who would have thought that we would have to buy ikan kembung from faraway places, ” MyCC chief executive officer Iskandar Ismail said.

A comprehensive study found that fresh ikan kembung was being brought in from Vietnam, Myanmar, China, India, Indonesia and Pakistan.

Frozen ikan kembung is also being imported in huge volumes from Middle Eastern countries and even Singapore.

The ikan kembung, or the Indian mackerel, is commonly found in shallow waters in many countries.

A survey by the Fisheries Board of Malaysia found that it is the fish most favoured by consumers.

“When we released the market review report in 2019, the media focused on the supply chain and prices but no one looked at where ikan kembung was being imported from.

“Nothing has changed and most Malaysians would think we are eating what is locally caught, ” he said.

Iskandar said ikan kembung was the most popular fish in Malaysia as nine out of 10 Malaysians ate the fish.

“We have to take care of the sensitivity of its market, particularly its price.

“If the kembung price goes up, every other fish price will go up as it is a price setter. Ikan kembung is actually ‘king’ in the fish market, ” he said.

The price, which fluctuates between RM18 and RM22 per kg, has gone up as there are up to six “middlemen” along the supply chain before it reaches consumers.

According to a market review, the price of ikan kembung has been growing at a much faster pace than the overall fish and seafood index which indirectly caused consumers to relate it to the rise in cost of living since the introduction of “ikan rakyat”.

The “ikan rakyat” concept was promoted to create a perception that it will be affordable and available at all times.

“We should not label ikan into classes. The term ‘ikan rakyat’ was coined to depict the availability and affordability of certain fish like kembung, selar (yellow tail scad), cencaru (torpedo scad) and sardine.

“So, when this happened, demand was concentrated on these fish, especially ikan kembung.

“When supply of kembung goes down, the price of kembung automatically goes up, which hikes the price on other fish and people get upset, ” Iskandar said.

Iskandar said multiple intermediaries were involved in the marketing of fish before it reached consumers.

“By the time the fish makes it to market, the price would have increased by almost six times.

“As the supply may be intentionally controlled in the market by creating more frozen fish, this may allow the players who carry out such practices to withhold supply in the market or artificially stabilise the price during the excess supply period, ” he said.

The study also revealed that the “presence of a key distribution hub in the central region which holds the majority of the volume in the market gives them a geographical advantage that allows them to influence the market price due to the price asymmetry along the supply chain”.

It found that the fish price has been marked up almost 300% higher than the original value. 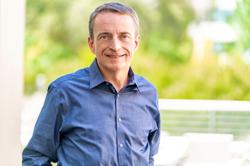