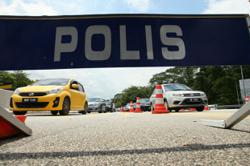 KLANG: Parti Pribumi Bersatu Malaysia will not give up on its efforts to patch things up with Umno, says a senior leader.

Bersatu information chief Datuk Wan Saiful Wan Jan said the party would continue to highlight the importance of continued collaboration between all Malay-based parties in the country.

He added that the outcome would be disastrous if Malay parties went their separate ways.

“All the Malay parties will face defeat if our collaboration is discontinued.

“The Opposition will be the big winners, ” he said after chairing a dialogue with Bersatu leaders and grassroots representatives here yesterday.

He said the political reality now dictated that collaboration between all three Malay parties in Perikatan Nasional must remain.

“If Malay votes are divided, both Perikatan and Barisan Nasional will face difficult challenges to maintain political power.

“Let’s not just talk about the strengths of our individual parties and lose out by not collaborating.

“Our challenge is not just about party A fighting party B, we have several significant groups such as Pakatan Harapan which is indeed influential in the country and is the government in Selangor, ” he said.

Wan Saiful said that although Bersatu wanted the Perikatan trinity to remain steadfast, he said the party was prepared to slug it out on its own in the event the inevitable happened.

“Our president has said clearly that if forced into a collision, we are prepared and that we can contest against anyone if we are forced to do so, ” he added.

He urged all Perikatan partners to think rationally and ask themselves if they wanted to go against each other and open a route for PKR and DAP to return to power.

Wan Saiful also said Bersatu believed it would be able to wrest Selangor from Pakatan in the next general election.

“Our chances of taking over the Selangor government is very promising and we are certain the various programmes and activities we are conducting in the state will help us win, ” he added. 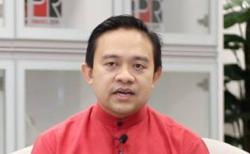