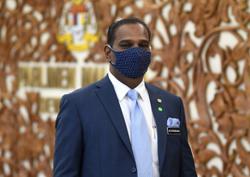 PETALING JAYA: The government’s People and Economic Strategic Empowerment Programme (Pemerkasa) includes hiring incentives and micro credit facilities to give a leg-up to the economic sectors most affected by the pandemic.

Prime Minister Tan Sri Muhyiddin Yassin said the government would allocate RM700mil to extend the Wage Subsidy Programme 3.0 for another three months, targeted at the tourism, wholesale and retail sectors.

Other sectors that were not allowed to operate during the movement control order would also benefit from this, he added.

Muhyiddin said the government would also enhance the PenjanaKerjaya 2.0 initiative under the Social Welfare Organisation (Sosco) by expanding the scope of hiring incentives to include temporary and gig workers.

This will include an allocation of RM300mil to assist 60,000 workers, where each worker will receive RM600 per month for a maximum of six months.

Employers offering short-term employment or gig service platforms registered with Socso will receive RM200 for each worker they hire.

The government will also extend the duration of PenjanaKerjaya’s apprenticeship programme to six months, where trainees undertaking this programme will be given an incentive of RM800 during their apprenticeship.

He said the government would continue to support the business continuity, especially local small and medium enterprises (SMEs).

“We will continue with the Prihatin Special Grant 3.0 (GKP) initiative to support businesses to recommence operations. Every eligible micro SME will receive a one-off assistance of RM1,000, ” he said.

“Micro SMEs that have not received the GKP prior to this can apply for GKP 3.0 beginning April 1. GKP 3.0 is expected to benefit more than one million entrepreneurs.”

He added that the government would increase the allocation for small-scale projects in 2021 from RM2.5bil to RM5bil.

“Among the types of small-scale projects which will be reserved for G1-G4 class contractors are the repair of public infrastructure and facilities damaged by floods, road repairs, social amenities, repair of strata housing including the replacement of elevators at public housing, and constructing stalls in municipalities, ” he said.

The government would also simplify procurement procedures to expedite the implementation of projects, he added.

Under Budget 2021, the government approved an allocation of RM1bil for micro credit financing facilities.

“Through BSN, a fund of RM300mil will be made available with a financing limit of up to RM50,000 and the interest rate reduced from 3.5% to 3%. The loan tenure will be for five years and loan repayments will only commence after the sixth month.

“For entrepreneurs from the informal sector, Tekun Nasional will be providing an additional fund of RM60mil, especially for the Informal Financing Scheme with a financing limit of up to RM5,000 for small businesses operating from homes, night markets and wet markets.

“The Tekun Mobilepreneur programme will also be expanded to finance the repair or purchase of new motorcycles with a financing value of up to RM10,000.

“To complement this initiative, locally assembled motorcycles with an engine capacity of 150cc and below will be given a 100% exemption on excise duty from April 1 to Dec 31 this year, ” he said.

Financing assistance of up to RM20,000 will also be provided for repairing vehicles and up to RM50,000 for the purchase of vans or lorries under the POS-prenuer programme from Tekun.

“Through Mara, the Prihatin Micro Business Financing Scheme will be implemented, focusing on assisting 1,000 bumiputra micro SMEs in sustaining their business.

“Additionally, SME Corp will provide RM50mil to assist local SMEs to obtain financing of up to RM250,000 at an interest rate as low as 3%.” 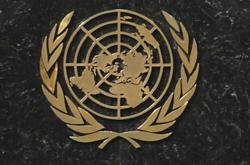 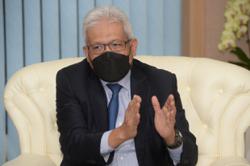