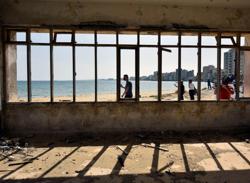 SHAH ALAM: Not being able to fulfill his pledge to bring fugitive businessman Low Taek Jho or Jho Low back to Malaysia remains one of Tan Sri Abdul Hamid Bador's biggest regrets.

The Inspector-General of Police said he had made the promise as the police were conducting an operation to bring Low back but the effort fell through.

"I even flew to the country (where he was hiding) to discuss with the authorities there in an effort to bring him back.

"Normally such a request will be reciprocrated by authorities of another country but it was not in this case.

"It was even more frustrating when we received information that he was free to move about and conduct business there," he said when interviewed by Tan Sri Johan Jaafar during a Sinar Harian Facebook live session on Wednesday (March 17).

Abdul Hamid said he even gave information to the foreign authorities of the country where Low was hiding, that he was in Macau.

"We even told them that his right-hand man, former SRC International Sdn Bhd managing director and CEO Nik Faisal Ariff Kamil and his family members were in Hong Kong.

"It is not impossible for the country's authorities to track down and apprehend them," he said.

Usually, authorities of different countries dealt in "good faith" but it was not the case in this matter, he added.

Be it as it may, the IGP said the police managed to uncover Low's assets in various countries such as Cyprus, as well as seized offices and condominiums that he owned in Kuala Lumpur.

"The government was left with a huge debt. That is why I tried my best to bring him back so that justice can be done.

"I am deeply disappointed that I was not able to fulfill my promise to Malaysians," he said.

IGP: Only those with high integrity have staying power in the police force

IGP: Emergency is to control Covid-19 pandemic, not 'apple-polish' politicians