Padi farmer Mohd Yusri Mustafa is praying for the drought to end as it has caused the padi yield under the Padang Tembusu Area Farmers Organisation in Penaga, Kepala Batas, Penang, to drop by 40%. Sufficient water supply during the dry season is a problem and this has led to barren fields. — Bernama

Padi farmer Mohd Yusri Mustafa, 42, said the drought had caused the yield of padi under the Padang Tembusu Area Farmers Organisation (PPK) in Penaga, near here, to drop by 40% or RM30,000.

“We usually experience drought between January and March. I need to find a way to feed my family by cultivating papaya, corn and eggplant because there is no other way, ” he said in Kampung Baru, Penaga, yesterday.

This was the first time he planted papaya since becoming a farmer 23 years ago.

“I have planted about 600 papaya trees on a 1.52ha piece of land and, since it was my first time (planting papaya trees), it cost me about RM15,000, including irrigation, ” said the father of four.

He hoped authorities like the National Farmers Organisation (Nafas) and PPK would improve their existing agricultural strategies to help farmers affected by the drought and the pandemic.

“This situation is putting pressure on us, more so since our padi yields also dropped last season, ” he said.

A check by Bernama found that most of the padi fields in the area had been ploughed after the harvest last month.

Farmers are now just waiting for water to be channelled to the fields.

Another farmer, Ismail Che Mat, 68, said getting sufficient water during the dry season was a problem.

“No decision has been made by the Agriculture Department on water scheduling here. The low water pressure has also caused the planting of seedlings to be postponed, ” he said.

The Malaysian Meteorological Department previously stated the country was currently experiencing the final phase of the north-east monsoon season, which is expected to continue until the middle of this month, with low rainfall projected, especially in the northern states. 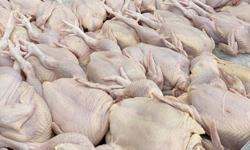