‘Pandemic or not, we are on track’, says Works Minister

By ZAKIAH KOYA and JO TIMBUONG PETALING JAYA: Exactly a year ago, the Works Ministry announced that all construction work must halt during the movement control order, save for some categorised as critical.

It was a setback, said Works Minister Datuk Seri Fadillah Yusof on the impact the MCO would have on the physical development of the country as the ministry had 131 projects to be completed throughout 2020. 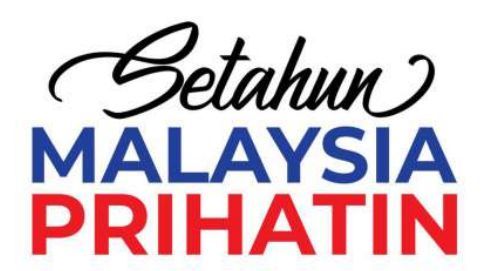 “These are the people’s projects, such as roads. We need to ensure there is proper road infrastructure not only for the mobility of the economy but also to assist in mobilising products and services.

“This is important for the economy of the country, ” he said in an interview on the achievements of the ministry for the past year.

Fadillah, who is also Senior Minister (Infrastructure), said they worked around what was allowed during the MCO and when the recovery MCO started, the industry continued from where they left.

“The pandemic has hit all of us but the ministry completed 111 projects worth RM3.95bil.

“The 1% that we could not deliver is due to the halting of the sector and the projects will be completed this year, ” he said.

Among the completed projects in 2020 were the RM205.5mil Putra Bridge in Tanjung Lumpur and flyover from Bukit Setongkol to Kemunting and Jalan Kuantan-Gambang in Pahang which was officiated recently by Yang di-Pertuan Agong Al-Sultan Abdullah Ri’ayatuddin Al-Mustafa Billah Shah.

Fadillah said the 786.41km-long Pan Borneo trans highway which connects Sabah and Sarawak was already 60% completed and the RM27bil project should be ready in 2023.

“We are looking into ways to expedite and fast-track the highway in both states.

“We have the Cabinet’s approval to appoint a project management company to manage Pan Borneo as the Public Works Department in Sabah and Sarawak have quite a big volume of work cut out, ” he said.

Fadillah added that the other project still under construction was the RM7.75bil Central Spine Road which connects Pahang and Kelantan.

“The Federal roads upgrading projects worth RM807.7mil will be completed by August this year.

“The Kota Baru and Kuala Krai Highway project worth RM2.34bil is also ongoing and once completed, the mass traffic jams during Hari Raya of those returning to the East Coast will be lessened.

“We are also upgrading and repairing the many blackspots or accident-prone areas on the highways costing about RM1.2mil and on Federal roads nationwide with a budget of about RM43.1mil, ” he said.

He also said among the ministry’s initiatives which was close to his heart was the RM450mil small contractors’ development economic stimulus package and the RM63.2mil package under the Construction Industry Development Board (CIDB).

“This is because the small G1 to G4 contractors have been hit hard by the pandemic, ” he said.

Fadillah added that while developing the country physically, the ministry was also ensuring that it did not leave out the well-

being of those building the country, such as the foreign construction workers, as they were an important entity.

“For that, the CIDB has set aside a RM7mil subsidy to assist the stakeholders who need to send their registered foreign workers for the Covid-19 screening, ” he said.