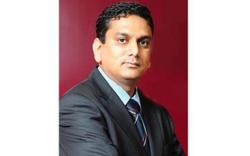 PETALING JAYA: Deputy Federal Territories Minister Datuk Seri Dr Edmund Santhara (pic) says his trip to New Zealand was approved by the Prime Minister and he had complied with the required procedures to apply for permission to leave the country. 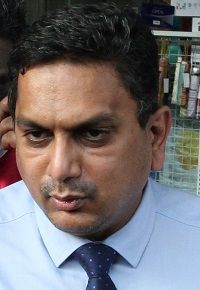 In a statement, he said he had applied for a 55-day leave through the Federal Territories (FT) Minister, to obtain the Prime Minister’s approval via a letter dated Dec 3,2020.

“I have also complied with the Immigration Department's procedure to apply for permission to leave the country by applying for MyTravelPass online. My application was submitted on Oct 30 and approved on Nov 2.

“After complying with all procedures and obtaining necessary approvals, I left on Dec 23 after attending a meeting and underwent quarantine in New Zealand from Dec 24,2020 to Jan 9,2021," he said in a statement Monday (March 1).

Edmund said his purpose of leaving the country was to visit his family in New Zealand, whom he had not seen for almost a year.

“I was unable to witness my nine-year-old child’s holy communion ceremony as I had been busy with my duties as Deputy FT Minister and Segamat MP.

“My wife has health problems and I have another child who is pursuing a law degree."

Edmund said that he remains committed to his duties and responsibilities in ensuring the welfare of people in FT and Segamat.

“I have attended all Dewan Rakyat proceedings with a 100% attendance record. I also attended the Dewan Negara sitting for the winding-up debate of the Supply Bill 2021 on Dec 22, ” he said.

“I have never applied for sick leave or taken a holiday since I was appointed as Deputy Minister on March 10,2020. This is to ensure I can always provide the best service to the people in dealing with all issues related to the Covid-19 pandemic and throughout the movement control order (MCO).”

Edmund, who issued the statement in response to allegations about his trip to New Zealand, said the allegations were untrue and he left the country before the second MCO was announced in Malaysia.

“I have not left and entered Malaysia as alleged by certain quarters, whether to attend the FT Day celebrations or during my holiday, ” he said.

“As such, there is no issue of the Perikatan Nasional government being unfair to the people.”

Edmund said he would discuss with his lawyers upon returning to Malaysia in relation to the false allegations that he said had tarnished his reputation as a Deputy Minister and MP.

He added that a police report would also be lodged against those who made the accusations against him. 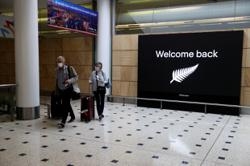