The syndicate has rented a three-storey bungalow deep inside a gated and guarded community to avoid detection. 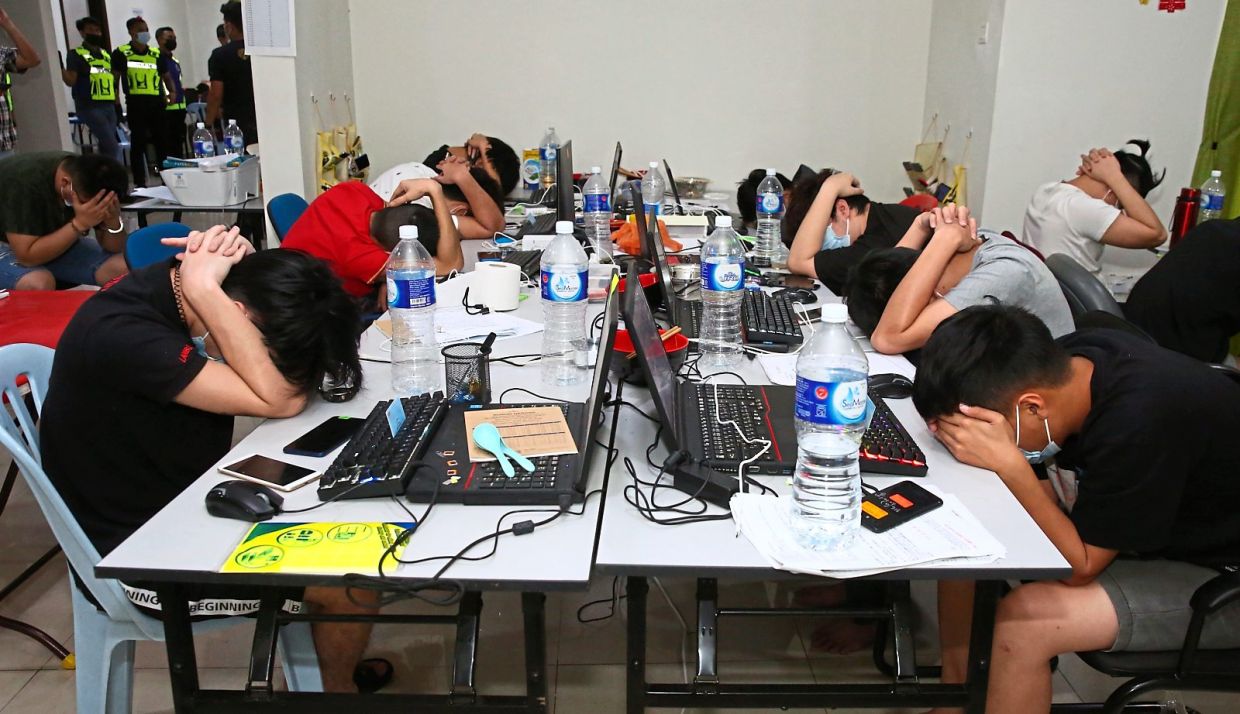 Dirty dealings: Some of the suspects covering their faces during the raid on the online gambling call centre in Taman Hulu Langat Jaya.

“Initial investigations showed the suspects are operating an online gambling call centre and it is also part of a bogus online auction racket, ” he said when met at the scene.

The syndicate members are paid up to RM3,000 each monthly and the racket has raked in RM2mil over the past two months.