By RAHIMY RAHIM and N. TRISHA 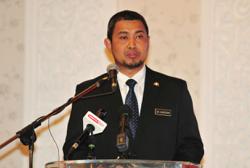 Easier: The decision to remove conditions on i-Sinar eligibility was taken into consideration after public feedback.

PETALING JAYA: The move to relax the i-Sinar withdrawal facility will bring much relief to those working in sectors hardest hit by the effects of the Covid-19 pandemic, say economic analysts.

“This is a wise move. When the original requirement was stipulated, we could not have guessed that a second round of the movement control order (MCO) was implemented, ” said Asian Institute of Medicine, Science and Technology (AIMST) University vice-chancellor and economist Prof Datuk Dr John Antony Xavier.

He said the decision was based on the advice of Prime Minister Tan Sri Muhyiddin Yassin for EPF to improve its initiative after taking into consideration public feedback.

Xavier said the original requirement of a 30% drop in income or salary to be eligible for withdrawal from EPF should have been reviewed as the pandemic and consequent MCO has affected everyone.

“Those whose income has dropped close to 30% but has not breached the threshold will not be able to utilise this facility, ” he added.

He noted that removing the 30% requirement shows the government acknowledges the hardship faced by this group of people.

“These are trying times. Any little help will tide this group over this difficult period, ” he added.

He noted that the amount of withdrawal has been capped at 10% of the funds available in Account 1 subject to a maximum of RM60,000.

“The amount is not big but it’s a significant lifeline to those hardest hit by the pandemic. And the move to make it easier to withdraw is also welcomed, ” he said.

“More funds in the hands of EPF members mean an increase in their disposable income. That will surely boost their consumption spending and help stimulate the economy, ” he added.

However, he pointed that the EPF would face some constraints if there is a high number of applications.

He also reminded contributors, unless they have enough knowledge to invest outside of EPF, it is best to leave their savings with EPF.

“It is the safest as the EPF has a track record of giving respectable returns, ” he added.

Rashid Ramli, 31, said he was happy with the news as he was struggling to pay the medical bills of his wife, who has kidney problems.

“I have four children and it costs me about RM3,000 to pay for dialysis. With the announcement, it will ease my financial burden, ” said the former manager, who was recently laid off.

In George Town, Fatin Fazlina Yaakob, 29, was out of work for weeks when the MCO was enforced last year.

“I managed to withdraw some money from EPF as my pay was cut by half, but many people I knew could not apply because their pay was not cut by 30% or more.

“They did not earn much and relied on overtime to make money. They struggled to make ends meet as they did not qualify for the withdrawal, ” she said.

Joshua Chua, 32, who sells massage chairs, said it would be great if the 30% pay cut requirement was removed.

“I have a basic salary and work on a commission basis. My pay has not been cut but due to the pandemic, I have not earned much as people are not buying massage chairs.

“I need to pay my car loan and am hoping to further my studies. If I continue to dip into my personal savings, I will have to put my dreams on hold.

“Taking out some of my EPF money will definitely help me.”

Sales representative A. Shalini, 36, said she did not qualify for i-Sinar the first time around as her pay was cut by 20%.

“I might consider taking out some money when the requirements are relaxed as it could help me with my house loan.

“None of us expected to be in this position, so I am glad the government is making it easier for us, ” said the sales representative.