PETALING JAYA: The government is mulling heavier punishment for those who flout MCO standard operating procedures.

Senior Minister (Security) Datuk Seri Ismail Sabri Yaakob said that due to the high number of those who failed to comply with the SOP, the government was drafting an Emergency Ordinance to increase penalties for individuals and businesses when charged in court.

"When they are charged in court, their punishment will be much higher," he said in his daily briefing on Thursday (Jan 28).

He urged the public to follow all SOP set by authorities and practise self-discipline.

"Discipline is important. I hope you will all comply with the SOP because it is not aimed at burdening the rakyat, but to protect the health of the people," he said.

Meanwhile, he said police have arrested a total of 494 people for various SOP violations.

Of the 494 individuals nabbed on Wednesday (Jan 27), 464 individuals were issued with compounds while 29 others were remanded and one was released on bail.

"Among the SOP violations were not wearing face masks and crossing state borders without permission," he said.

He said the task force monitoring SOP compliance led by the police carried out 61,665 checks nationwide on Wednesday.

He said the police would continue to impose roadblocks across the country due to the emergence of clusters after some individuals crossed state borders.

"It is wrong to say that crossing state borders does not contribute to the increase of Covid-19 cases in our country," he said. 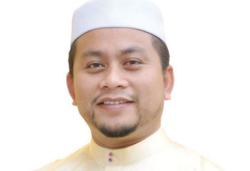