BUTTERWORTH: A 51-year-old woman has claimed trial at the Sessions Court here to a charge of beating two cats – and killing both – on December 29 last year.

Broker Hah Choy Kheng pleaded not guilty when the charge was read to her before Judge Norhayati Mohamad Yunus.

She had allegedly committed the offence at the playground near Blok B1, Pintas Kalui, Seberang Jaya on December 29,2020 at 1.20pm believing that one of the cats had defecated in front of her house.

If found guilty of the offence under Section 29(1)(a) of the Animal Welfare Act 2015 for cruelly beating, kicking, and torturing animals, Hah could face a RM100,000 maximum fine, a three-year jail term or both upon conviction.

Veterinary Services Department prosecuting officer Roziman Awang Tahrin asked the court to impose bail at RM10,000, which the court allowed in one surety, while Shamser Singh Thind appeared for the accused.

Norhayati then set March 4 for mention and the accused posted bail. 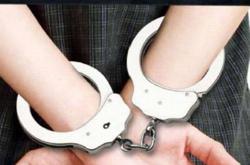